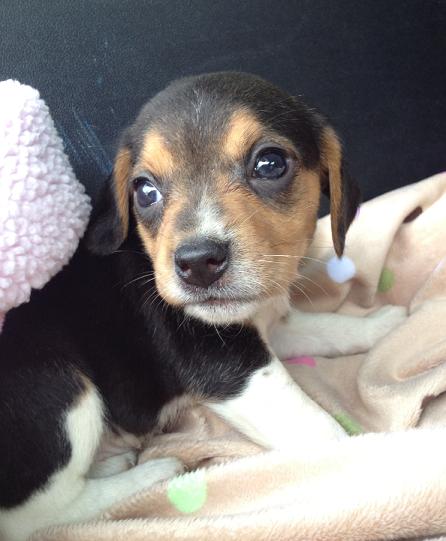 We have a new addition to our family!!! I would like to introduce everyone to Harley! Ain’t she the cutest little Beagle pup?! My human cousin Kailey (or really I guess she’s my niece) we just say cousin to make it easy. Anyway, she just lost her best friend Layla this past week. I was tellin’ y’all about it last night.  Kailey was gettin’ really lonely without her friend to play and snuggle with. She has the big guy Chopper, but he’s an old guy and don’t play much anymore. He’s a real couch potato!

Kailey was so unhappy and there were these cute little Beagle pups that needed a good home. So, the decision was made to go ahead and adopt a new puppy. Layla won’t be forgotten, but the family thought it would help Kailey get her mind off missin’ her. I sure am a hopin’ Harley has lots of energy, he he. I don’t know who needs more Harley or Kailey, but they should match up purty darn good. They named the new addition Harley to go with her big brother Chopper. Don’t ask me, it’s a motorcycle thing? 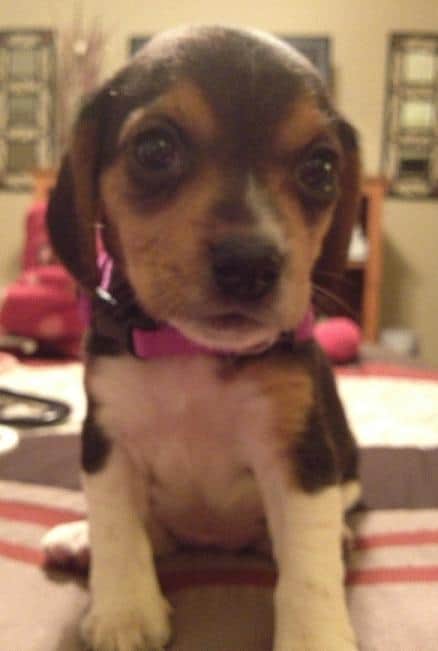 She got all cleaned up and got her new pink collar on. Look at her! She knows she’s purty! She’s a posin’ to get her picture made! She’s probably gonna try and rule the whole place and just cause she’s so purty and she’ll probably get by with it! 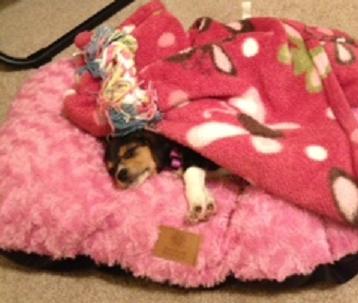 She does get tired easy right now cause she’s just a baby. But, heck, she’s even cute when she sleeps! This one’s gonna be a little diva! I may not be as purty as her, with my freckles and all. But, I’m an expert on diggin’ in the dirt and stealin’ veggies from the garden! I’ll just have to teach her that a little dirt on the end of your nose isn’t gonna kill ya! 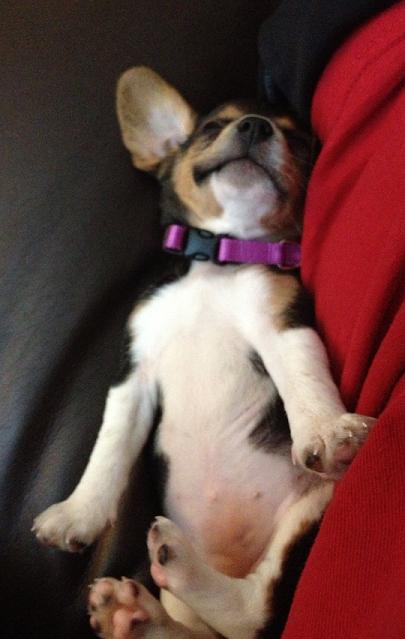 Check her out during this nap time. She’s definitely snoozin’ on! 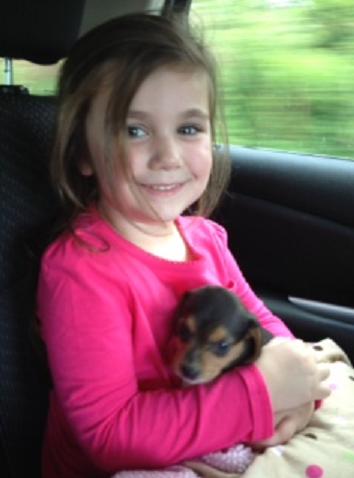 Kailey is tickled to death with her new friend and Harley seems to like her too. They’ve been runnin’, playin, and snoozin, together. They are already becomin’ best buds!

Big brother Chopper just looks at Harley like “what’s that” and has that look like “oh no! here we go again”! But, he’ll get used to her. He’s a laid back old dude and just goes with the flow. As long as he has his couch, he don’t seem to mind anything. So now, Kailey has a new best friend and Harley has a good home. Let the fun begin!