We have a new furbaby sister! Yep, you read that right! It is gettin’ a might crowded ’round here, but this sister is a little sprite! She probably don’t weigh 5 lbs soakin’ wet! I think we can squeeze her in! My Lady is callin’ her Little Bit. 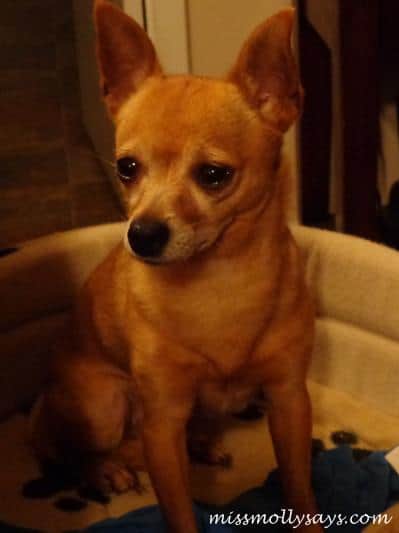 I thought she was gonna be a real push over, but boy was I wrong! She has come up in here and took over the place! She was quite for a day or so, but then we found out she will tell it like it is! She don’t take no crap off any of us big dogs! Maybe she don’t quite understand just how little she is he he! 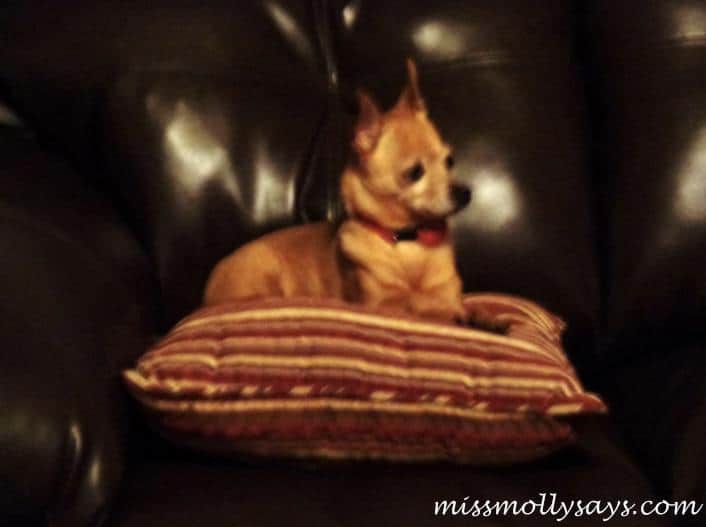 Check this out! We aren’t allowed on the human folk furniture, but for some reason, the new little miss gets to do what she wants! She’s up there planted on that pillow like she’s the Queen Bee or somethin’! I call foul!!!

She gets a special food bowl with these little bitty bites of food. I stole some the other day and got to say they were quite tasty! Yea, I get it! If she put a piece of our food in her little ole mouth, she might just choke to death! I guess we’ll have to give her that one.

She is kinda old like my sister Sallie. I’m just askin’ if she has to be so bossy ’bout it?! I mean after all, there are 6 other BIG dogs in here. Don’t she realize we could have her for a snack if we took a notion? Go figure!