Miss Molly and the pack have been having loads of fun with a new dog toy they received from Tether Tug! They LOVE it! It’s kind of like giving your kids a new swing set! Every time they go for playtime, they make a bee line to their Tether Tug Interactive Dog toy! Then, they spend their afternoons chasing, pulling and tugging on the rope. I love the Tether Tug because it gives them much needed exercise and stimulation! At the end of the day, they are happy and tired.

Check out this amazing company and the Tether Tug interactive dog toy. Then, we are excited to bring you a chance win one!

Tether Tug is a small company in the southwest corner of Missouri. Their office is filled with animal lovers (to be exact, they all have 9 dogs, 2 cats, 2 guinea pigs, some sort of lizard thing, and 4 horses!). They all wanted to find a way to help their dogs play more often and for longer periods of time than their arms could last.

Each of their Tether Tugs is handmade, every phone call and email is answered in their walls by their staff, and they want to make sure that our dogs love their toy. They don’t want to be the biggest dog toy company in the USA, but are working really hard to be the best.

The Tether Tug interactive dog toy provides endless hours of play! It provides fun exercise, which helps keep dogs at optimum weight and possibly even lose some unwanted pounds! In addition, it keeps their mind active! Anyone that is owned by a dog will tell you that a tired dog is a happy good dog and that is so true! 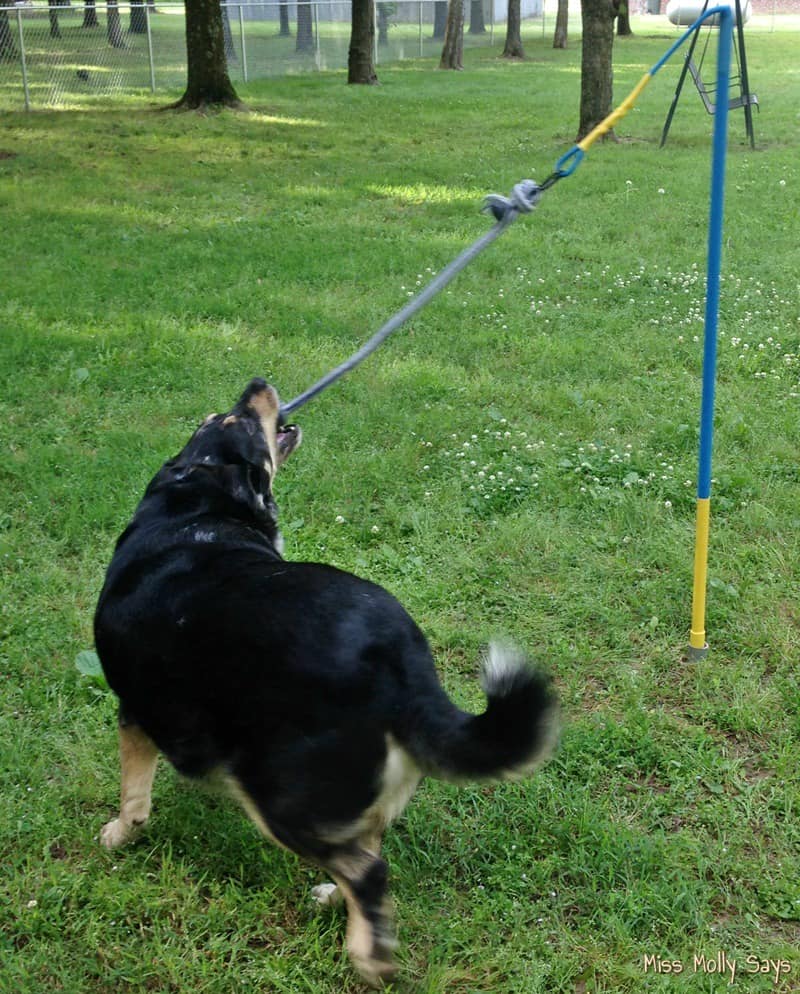 The Tether Tug comes in these sizes: 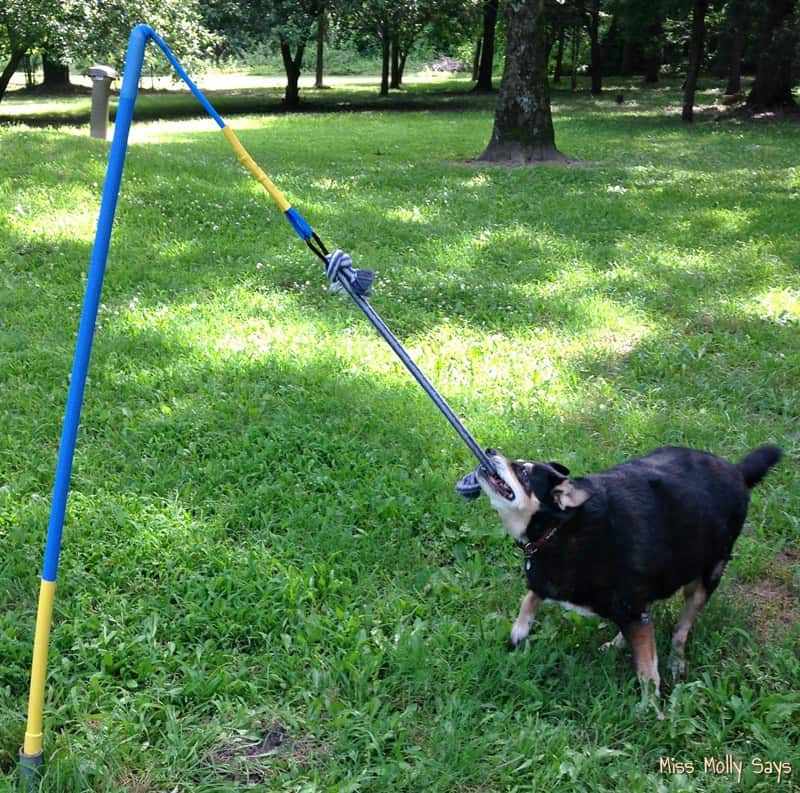 The Tether Tug is SUPER easy to install with only one pipe to hammer into the ground! The Tether Tug can then be left in place or you can conveniently remove the pole and toy and store it for the next play day.

Check out this fun video about the Tether Tug!

If your pups have a lot of pent up energy or maybe need more exercise, the Tether Tug interactive dog toy can help! The Tether Tug gives the dog extra exercise and stimulation. This, in turn, keeps them active, happy and healthy! A great workout solves a lot of problem behaviors that are caused by boredom.

Be sure and read what Miss Molly and the pack thought about the Tether Tug Interactive Dog Toy in our full review. I’ll give you a hint – it was all paws up and there are a lot of fun pics! 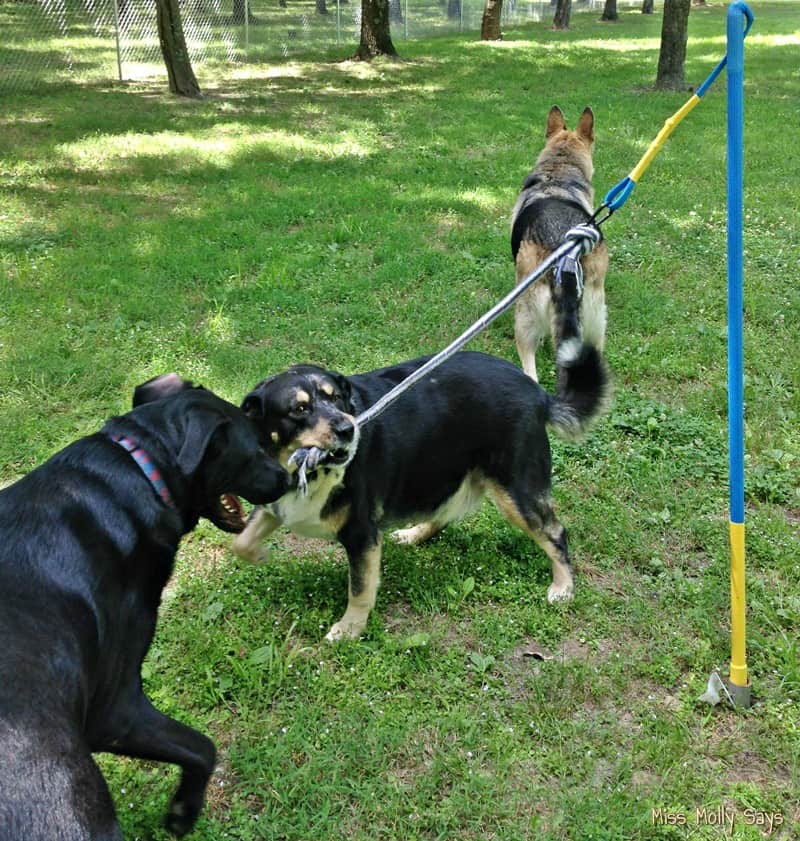 This fun interactive dog toy is available on the Tether Tug website! They also have different toys such as the Big Knot Rope, Mega Braid Rope, Braided Fleece Tether Toy, Knotted Ropes and Tennis Ball Toys that can be used with the Tether pole!  And, just for our readers, use code Molly at checkout to save $5 off any purchase over $30! Don’t wait! Your may even get extra doggie smooches for one! Now, for chance to win one!

Sponsored by Tether Tug and Hosted by Miss Molly Says

Enter using the Rafflecopter form below.

I would need a medium.

I would need the large one for my three dogs

I would need the Puppy/Mini Tether Tug

I would need the large Tether pull!