This giveaway is sponsored by Universal Pictures and hosted by Mom Does Reviews.

THE SECRET LIFE OF PETS  – IN THEATERS FRIDAY 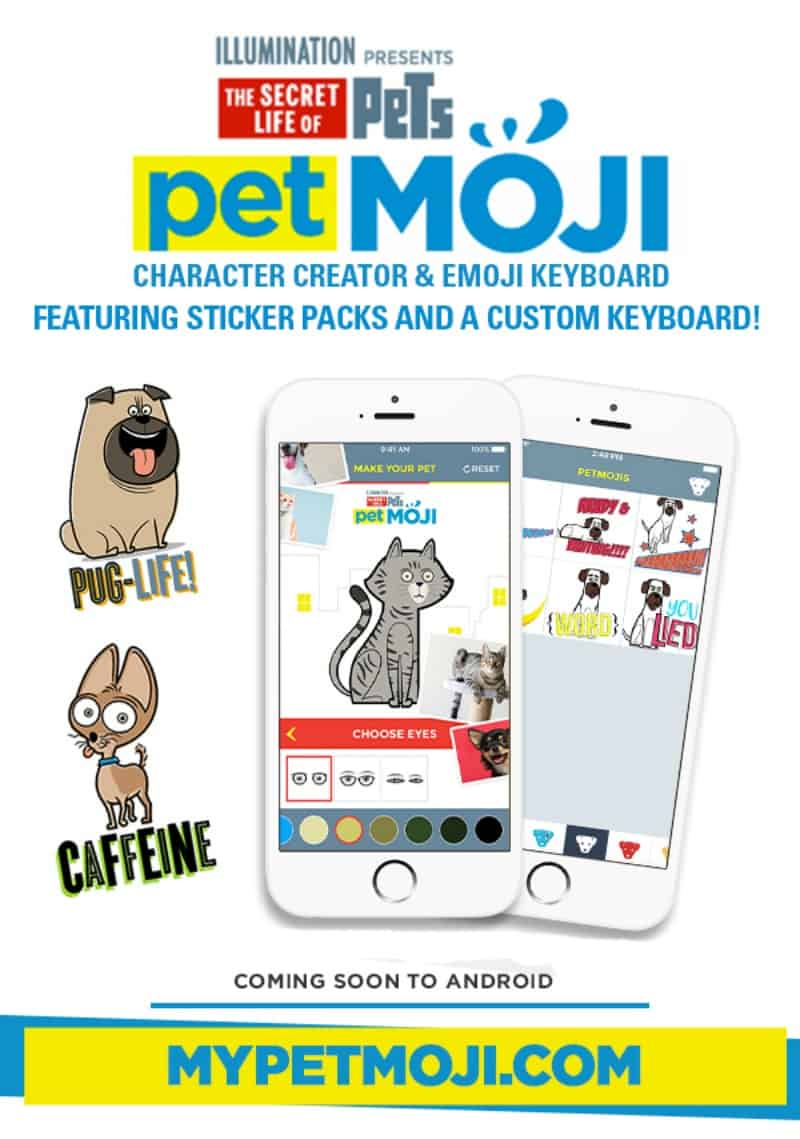 Download the new PetMOJI app to create an emoji of your favorite furry friend!  Currently available on iOS, the app features sticker packs and a custom keyboard.

Customize your own PetMOJI avatar by selecting a dog or a cat, then choosing features for your pet: a body, a snout, eyes, ears, and a tail – plus patches, patterns, and colors.

One lucky reader will win the

they are all so cute, i think i like the Max, even though he is not receptive to his new roommate, i also like Buddy,

I love ALL of them!!