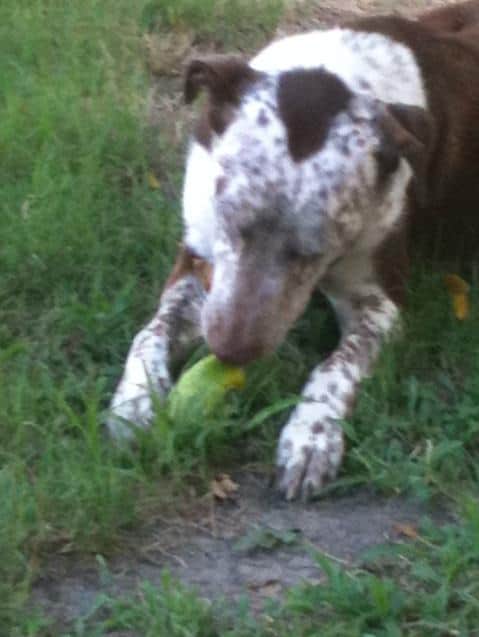 So can puppies eat vegetables and fruit? Well, I am here to tell ya, I can eat ’em! Now whether I am suppose to or not is a different story! I mean really, do you see me havin’ a problem with it? My lady says I eat some strange things for a furbaby. All I know is that I love those veggies and I ain’t dead yet! And Woof! Woof! Today, I finally managed to snag one of those cucumbers! I hate it all up too! I forgot to mention that was after I finished off those cherry tomatoes I stole. Those sure are some tasty little balls 🙂 Then, I went on a lookin’ around for somethin’ else. The cucumber and tomatoes were good, just not very fillin’! 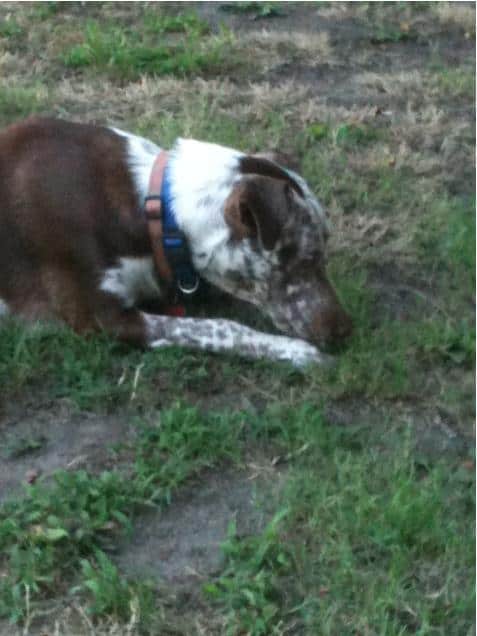 I managed to get in there and grab one of them bell peppers as my lady calls ’em. It was just a little one, but yea that was tasty too! Well, enough of that. I’m ready for some dessert!!! 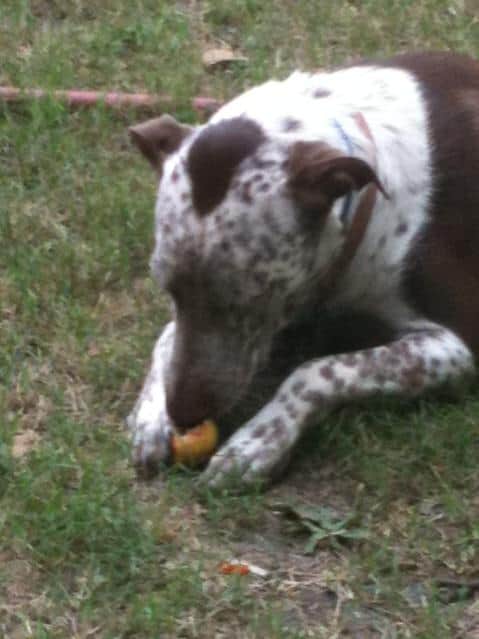 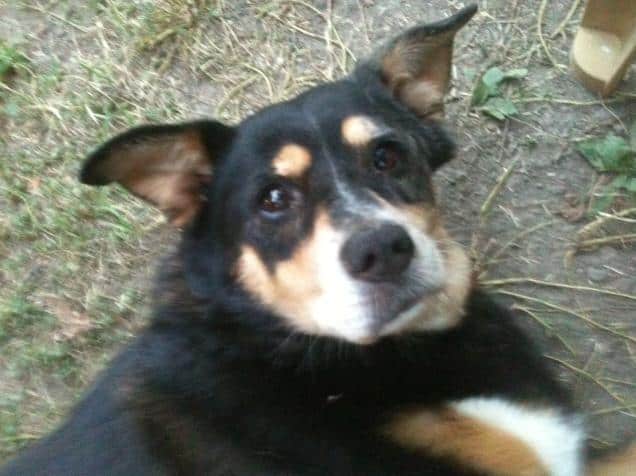 I had to walk past big girl Sallie with it. She raised up and eyeballed me real good, but I just kept a movin’! She wasn’t gonna get my apple! 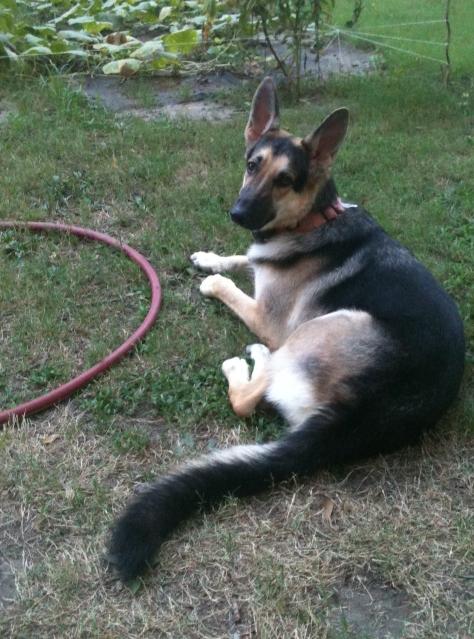 Big sister Maggie laid down beside me. She didn’t bother me none, just kept a lookin’ at me. She don’t like veggies and fruit as much as I do I don’t think. Obviously, she don’t know what’s good 🙂

I’ll take that back though! My man can open a jar of that pickled okra he likes so much and she will come a runnin’! I like ’em to! And, don’t forget them little green balls or what you human folk call olives. Now those are some tasty little balls to!!!! Yep! I guess we like some strange foods for furbabies. You folks ever had a furbaby that liked pickled okra and olives? I mean, what’s so weird about that?

So, to answer the question of can puppies eat vegetables and fruit:

My lady says we can have them and not only will they not hurt us none, she says they are good for us. But, there are some things like onions, garlic, grapes and raisins, that she says could be toxic to us. I am a guessin’ she will keep watch over that. At least I hope she will cause I don’t know what they look like, he he!

Ok, then! I got my servin’ of vegetables and a servin’ of fruit today! I should be in darn good shape 🙂 Now, I’m ready for a nap!

I will try Apple, bell peppers, pickled okra, olives, etc with my pets

This was such an entertaining post to read, thank you so much for sharing! It is good to know all of the fruits and veggies that they can and cannot eat. It is scary that some are very toxic to them!

My furbabies love some veggies & fruits too! Specifically apples! They love to play with them before they eat them! Lol

It is good to know what you should not feed them. My sister's dog loves veggies, and I hope they are as healthy for the dogs as they are for people!

I have never had a dog that liked vegetables as much as your pup but years back one of my pups would go crazy for carrots. Just loved them.