As a loving pet parent, there’s nothing worse than thinking about your beloved fur baby getting older. When your senior dog starts to have a little trouble getting around, the outward signs are obvious. Sadly, the signs of canine dementia often go unnoticed, especially in the early stages. Learning what to look for is an essential part of caring for your dog, and it will leave you better equipped to help. 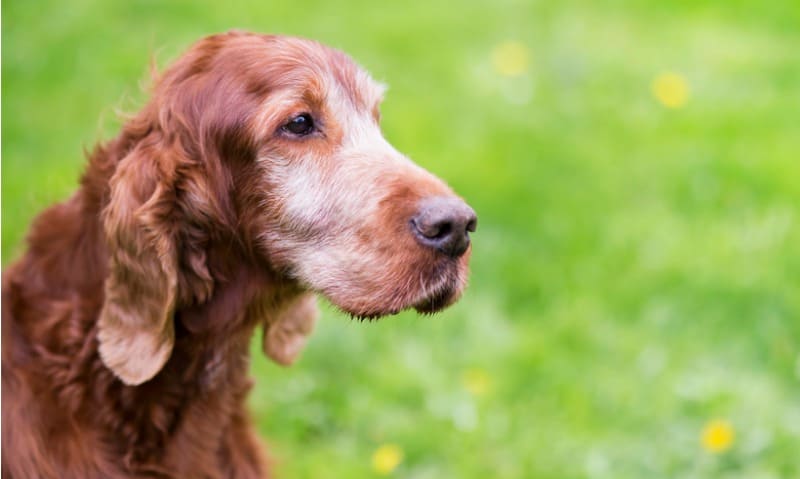 Canine dementia is often called Canine Cognitive Dysfunction Syndrome (CCDS), and it’s very similar to dementia or Alzheimer’s in people. Senior dogs with dementia often become confused and anxious, and they may develop other neurological symptoms, as well. The signs may be subtle starting at around seven years old and gradually increase over time.

The good news is, canine dementia is often treatable, and there are many things you can do to minimize the symptoms and help your senior dog maintain quality of life. Mental stimulation, environmental enrichment, and daily dog walks are key for keeping your dog’s body and brain healthy. Your vet can also recommend supplements, dietary changes, and medication, if necessary.

Here are seven signs of canine dementia to watch out for in older dogs, plus some things you can do to help. 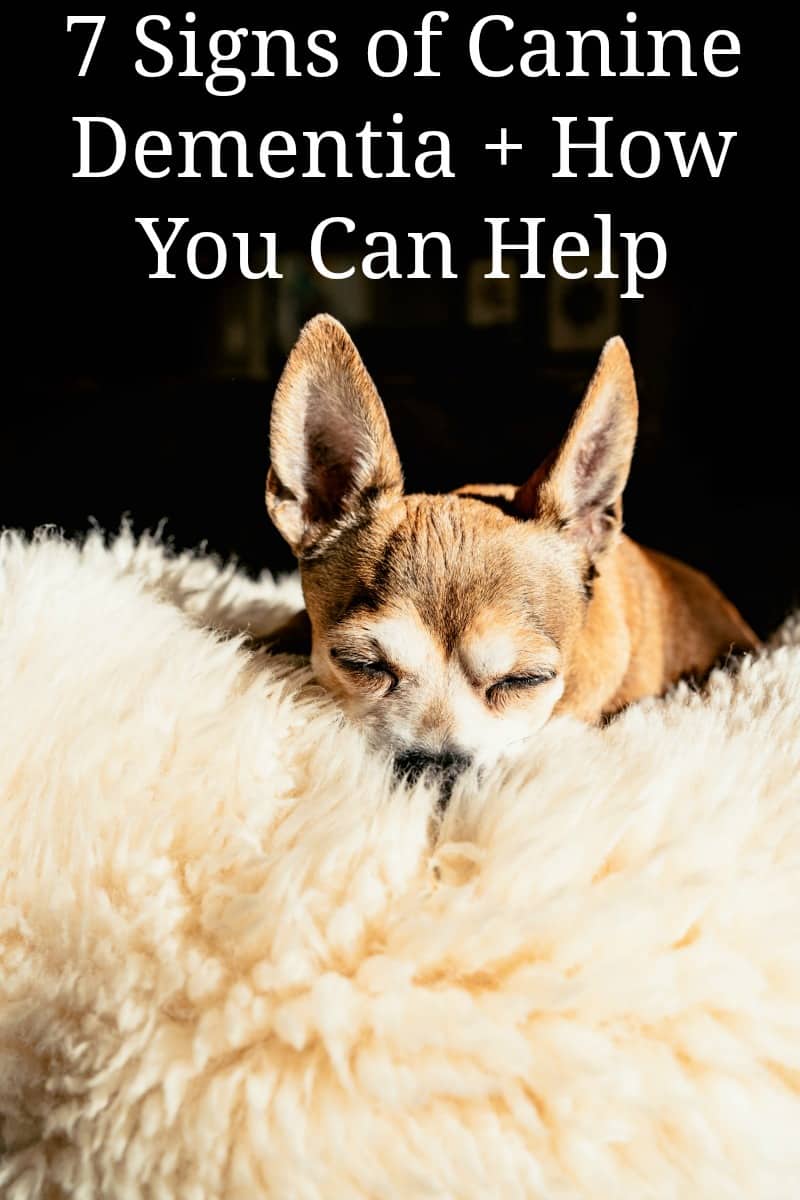 Changes in the Way They Interact

In the early stages of dementia, dogs go through subtle changes in their personality and the way they interact with people. They may not be as interested in social interaction and may not ask for attention like they used to. These behavior changes occur because they are confused and anxious. As dementia worsens, the dog’s routine and surroundings may become unfamiliar to him, which can affect his personality.

Dogs love a good nap, and when they get older, it’s only natural for them to sleep even more. However, a dog with dementia may sleep a lot more than normal, or sleep in strange places at odd times. You may notice them sleeping in odd, out of the way places like under a table, rather than in their bed where they normally sleep. Restlessness and wakefulness at odd hours could also be a sign of anxiety or forgetfulness of the normal routine. If your dog’s sleep/wake pattern changes, it could be cause for concern.

Forgetting Their Normal Route During Walks

Dogs with dementia may forget their normal route when out for a walk. This can be distressing and confusing for them, so be sure to stick to a constant routine to help him remember. It will help feel more secure.

It’s normal for dogs to whine and pace when they need to go out, or to pant when they’re hot. However, a dog with dementia will do this without an obvious reason, often excessively and at strange times. Many times, the behaviors are worse in the evenings or will take place during the night because the dog is confused about his sleep patterns and routine.

Many dogs like to explore their territory, peeking out windows and sniffing in corners. But, a dog with dementia will appear aimless in his wandering around your home or yard, especially as his symptoms worsen. He might become stuck in a corner or seem lost as his surroundings become more and more unfamiliar, much like a person with Alzheimer’s.

Accidents in the House

Anytime your normally housebroken dog suddenly starts having frequent accidents in the house, it’s cause for concern. It can signal various health problems, such as infection, bladder stones, or diabetes. In senior dogs, it could also be an early sign of dementia and confusion about normal routines. They can forget where they’re supposed to go potty or which door to go out, even when if it’s been the same for years.

When your normally sweet senior dog suddenly starts growling, snapping, or becoming territorial, dementia is a likely cause. Many times, it’s due to a lack of recognition, confusion, or anxiety, rather than hostility. 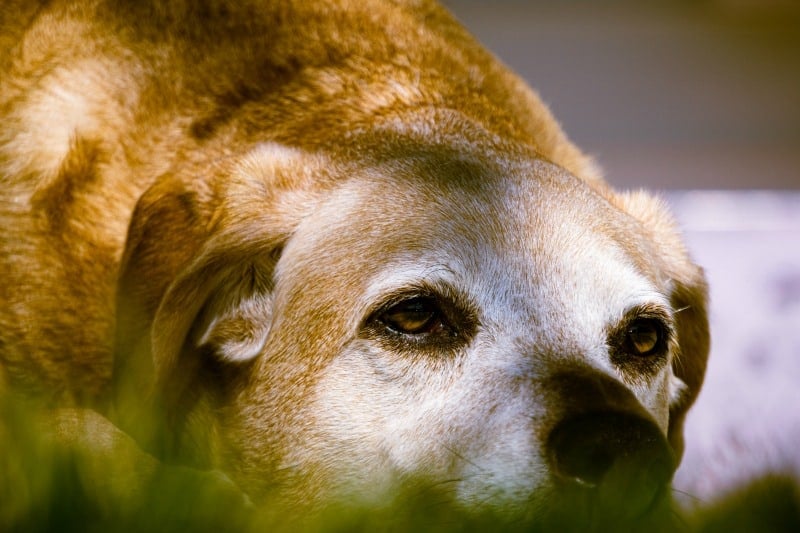 How to Help a Dog with Dementia

Watching for these early signs of dementia in your dog can put you ahead of the disease. One of the best things you can do for an older dog who is anxious or confused is to stick to a consistent routine. Take him out to go potty at the same times every day, keep his bed, bowls, and belongings in the same place, and don’t move furniture around too much in the home.

According to Puppy Smarts’ dog resources, “providing mental stimulation is every bit as important to your dog’s health as exercise and a healthy diet.” Providing enrichment with interactive toys and treat puzzles will help keep your senior dog’s brain sharp and reduce anxiety. Dogs have a natural desire to sniff, explore, and roam, even when they’re older. So, daily dog walks should still be a part of their routine, but you may have to adjust their length and intensity as your dog’s physical abilities decline.

While there is no cure for canine dementia, your vet may be able to help slow or reduce the symptoms. Speak to your holistic veterinarian about adjusting your dog’s diet and providing natural supplements that may slow cognitive decline. Some vets may also prescribe a medication called Anipryl, which has been shown to slow canine dementia and improve brain function. Anti-anxiety medication can also be helpful for older dogs who feel stressed and confused.

While it may be hard to see your dog’s mental condition decline as he gets older, there are many things you can do to help him cope and slow the progression of the disease.