Have you ever heard a dog referred to as a BBD? It means “big black dog” and it’s a term often used when talking about black dog syndrome. Black dog syndrome isn’t a disease, it’s actually a psychological phenomenon that is believed to leave more black dogs (especially large ones) behind in shelters while their lighter companions get adopted. As the owner of a wonderful BBD named Ozzy (who I consider to be my hero), I think it’s sad that other awesome dogs like him may be missing out on their forever homes just because of their color! So today, I’d like to shine some light on Black Dog Syndrome: Why Black Dogs Have Trouble Getting Adopted! 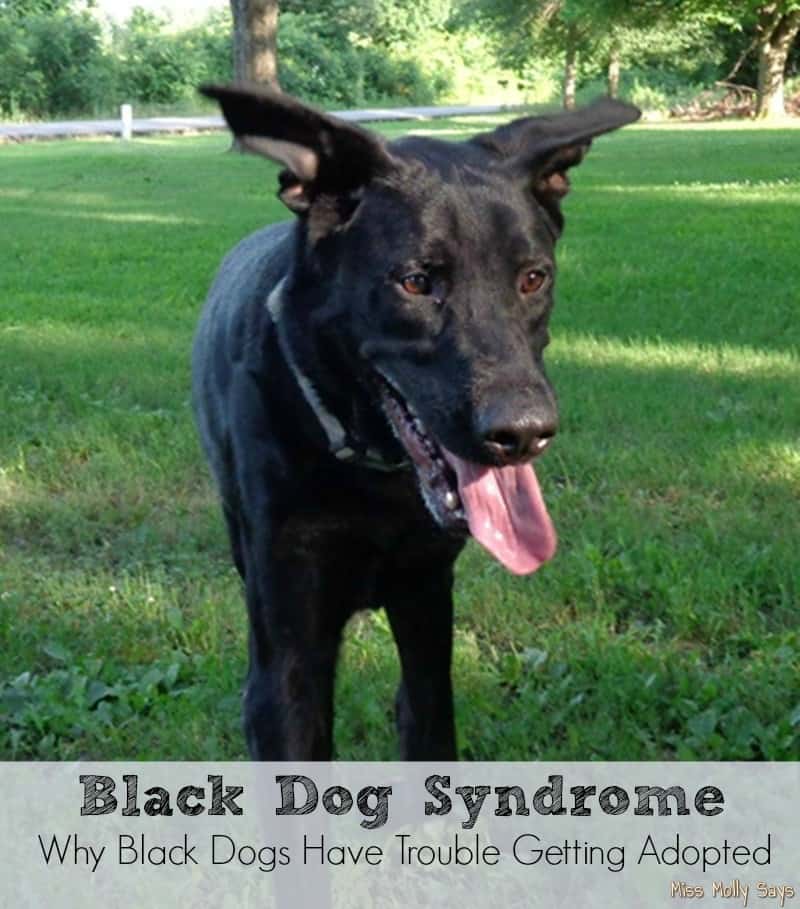 Black Dog Syndrome: Why Black Dogs Have Trouble Getting Adopted

The Origins of Black Dog Syndrome

While people only really started talking about black dog syndrome in the early 2000s, it’s likely something that’s been around for as long as animal shelters have existed. It most likely comes from the superstitious belief that black = bad. After all, if you look in folklore you’ll find a whole set of phantom black dogs like Black Shuck and Gytrash that are believed to be evil.

Black dog syndrome may also have evolved further when the Internet began and shelters started posting pictures of their pets online. Appearance tends to be a major factor in whether a dog gets adopted or not, especially if a person is looking for a dog online and isn’t able to meet the actual dogs. Black dogs can be harder to photograph than lighter colored dogs, meaning that their photos may not get clicked as often. The less people that click on their photos, the less people that read about them and hear what wonderful dogs they are!

Yet another possible source of black dog syndrome is the fact that black dogs can look “scary” if in a shadowy area (like a poorly lit shelter!). Imagine a big, black dog standing in the shadows of a kennel, head low, eyes glittering up at you out of the darkness. It sounds like something out of a horror story! But in reality, it’s just a scared and abandoned BBD cowering in the back of its cage.

Regardless of its exact origin, black dog syndrome appears to be a real phenomenon. More and more studies show that people prefer lighter colored dogs, and records show more light colored dogs getting adopted than black ones. To counteract the phenomenon, many shelters have worked to take better pictures of black dogs. They put them in a white room or take them outside on a sunny day for their photos. Others put bandannas, bows, and brightly colored collars on them to help break up all the black. 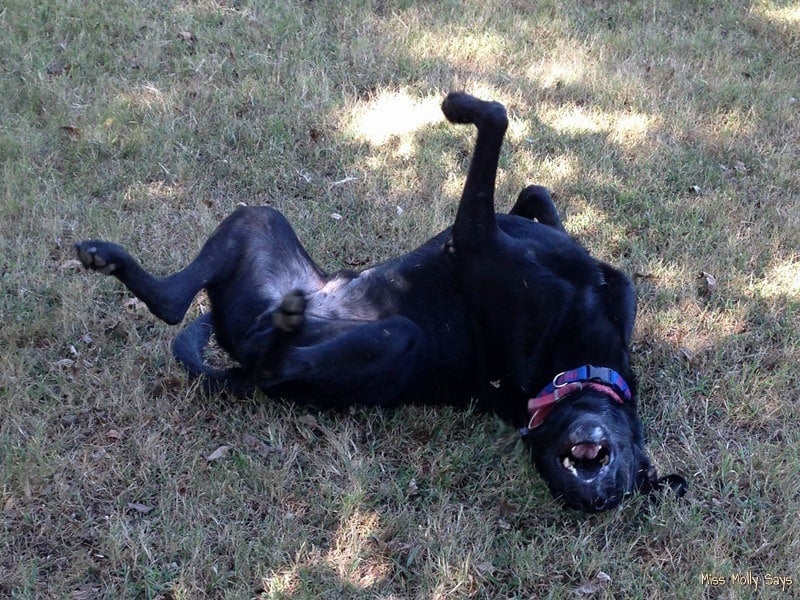 If you don’t work for a shelter, the best thing you can do to help with black dog syndrome is to adopt a black dog, especially a big one! Then take photos of your smart, kind (and not at all scary) black dog being their sweet, silly self and post them online! Because when you look past superstition, fur color is just based on a color gene and doesn’t affect temperament. A black Labrador isn’t any less kind than a yellow one. A black one may be a bit harder to see in the dark, but it’ll love you just the same!

Have you ever owned a black dog? What are your thoughts on black dog syndrome?