Many dog owners see their dogs as a part of the family and believe their dogs show a lot of human behaviors. However, there are some behaviors that dogs exhibit that humans don’t, so, the question is why do dogs act the way that they do? Check out these fun facts about dogs and puppies! 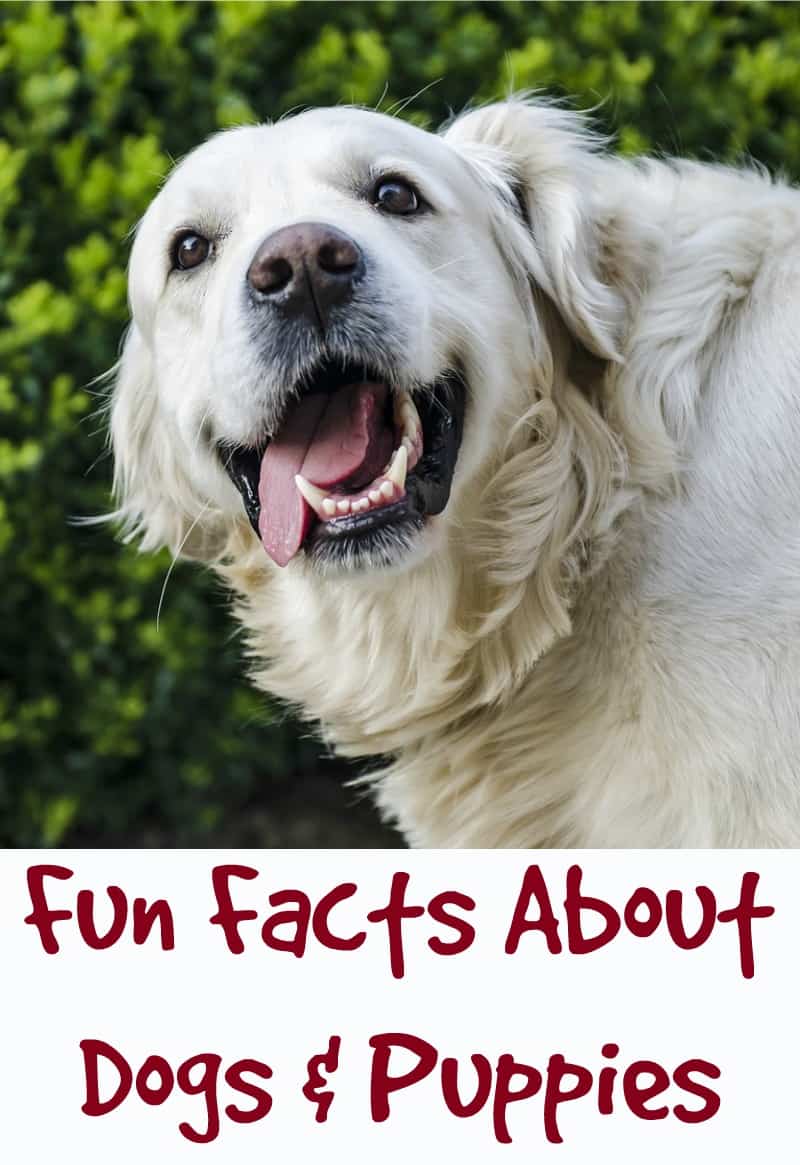 Why Do Dogs Pant?

Humans will breathe heavily after some vigorous activity. Dogs will thrust their tongues out and begin panting during a workout or even when laying down on a hot day. What causes this behavior? Dogs have a limited number of sweat glands with the most efficient being on their feet. Whereas humans can lose body heat by sweating, dogs can’t. Panting is a way to regulate a dog’s temperature.

Why do Puppies Chase Their Tails?

It can be quite amusing to watch a puppy run around and around in circles chasing its tail. There is a reason behind this. Puppies are used to being with other puppies and always have someone to play with. Once removed from the litter, a puppy must rely on its human owners for play. If a puppy isn’t getting enough interaction with its new family, it resorts to chasing its tail to give it something to do.

Why do Dogs Put Their Tails Between Their Legs?

Puppy Chewing and the Reasons Why

Puppies can be quite destructive, seeming to chew everything in their path. There are a couple of reasons for this behavior. Puppies are very curious and playful. If a puppy isn’t stimulated enough, it can resort to chewing. Secondly, a puppy chews because it is teething.

Think how uncomfortable and painful it is for babies when their teeth are coming in. Lots of moms will either buy teething medication or give their babies teething rings to chew on. A puppy chewing on a shoe or pillow would be the equivalent of a baby chewing on a teething ring.

Why Do Male Dogs Sniff and Lift Their Legs to Go Potty?

Ever notice how much a dog sniffs before going potty? This is because the dog is looking for scents, either his own or from other dogs. When a male dog lifts his leg to go potty, he is leaving his mark or scent on a tree or post. By urinating on a tree or post, versus the ground, it puts his scent at nose level for other dogs.

Just like most humans prefer to use their own bathrooms at home, dogs like to return to the same place they have gone potty at before and will go from tree to tree until they recognize their own scent. Sniffing the various trees and posts also lets the dog know what other dogs have been there.

Dogs have a very keen sense of smell. Some experts believe that dogs can smell one hundred times better than humans. Other experts believe they can smell up to one million times better. Whatever the actual number is currently remains unknown. However, dogs are known for being able to detect odors which is why they have been used so often for search and rescue and drug detecting.

Dogs are amazing creatures and in many homes, a valued family pet. They have their own behavior patterns which makes them who they are.

I enjoyed these fun facts & learning about our fur babies!