Cats are lovable creatures and for the most part fairly tidy. They naturally take to a littler box and all seems well. Until it isn’t! For reasons unknown to you, your feline friend may start marking or spraying. Urine marking is a not a fun ordeal, nevermind the odor it can cause. But, why is it happening is the question of the day, right? So, how do you help your cat that is urine marking? 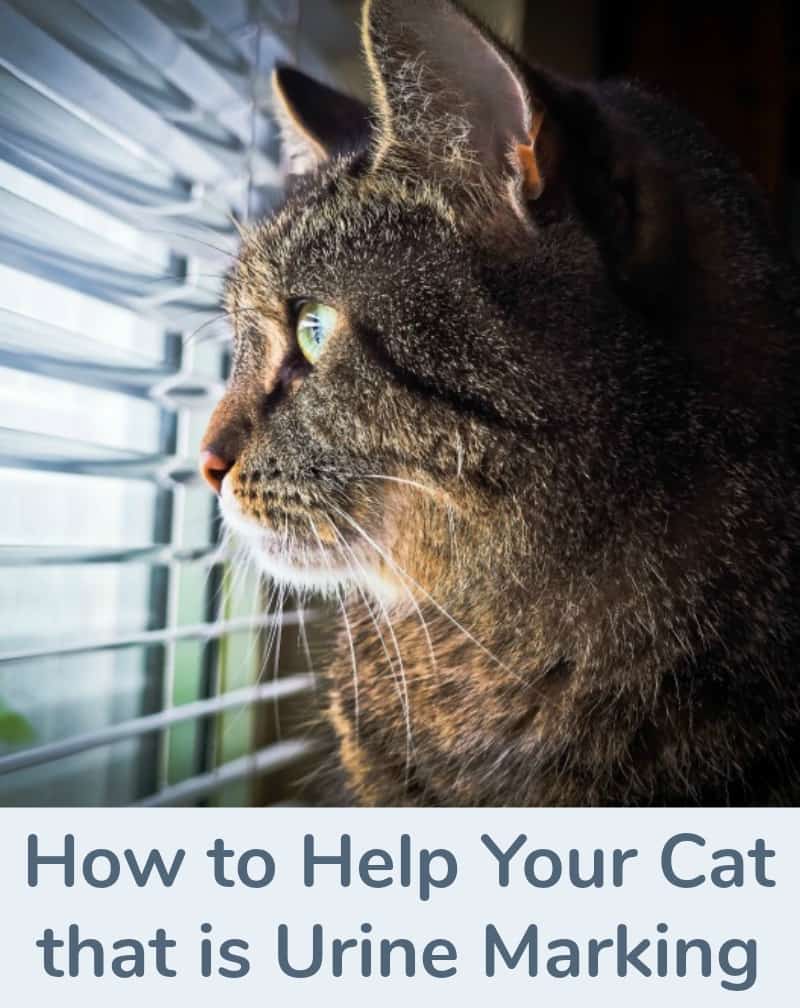 Feline house-soiling can be separated into three different categories:

When your cat engages in urine marking or spraying, he is telling others that he lives here and this is his territory. Both female and male cats can spray or urine mark. This often occurs as a result of stresses your cat is experiencing. Those stressors may be in the form of recent changes in the household (new family member, new pet, remodeling, redecorating, new home) or seeing other animals outside the home.

Signs that urine marking or spraying may be occurring include:

Correcting urine marking or spraying behaviors involves decreasing stress. Your cat should never be punished for not using the litterbox. This will likely make the cat even more anxious and worsen the problem.

If your cat is not neutered or spayed, this should be accomplished as soon as possible. Hormonal influences will make resolution of the inappropriate elimination impossible in most cases.

Closing window shades and keeping doors closed so that your cat cannot see other pets outside may help if outdoor animals are part of the issue.

Anti-anxiety medications may be necessary to control the marking. Commonly used drugs include fluoxetin and clomipramine. Other medications which may be used are amitryptiline, buspar, and valium.

Feliway, a spray which contains feline pheromones which have a calming effect on cats, has been used with success for some cats as well.

Urinating outside of the litterbox may result from a dislike of the box or the area surrounding the box.

Signs of a litterbox aversion include:

There are a number of things which you can do to urge your cat’s return to the litterbox.

When cleaning cat urine from carpeting or other areas, remove your cat to another room while cleaning. Use an enzymatic cleaner to remove the odor. Do not use a cleaner containing ammonia. Cat urine contains ammonia and this will confuse your cat.

I had a cat that had a problem with this and Feliway did work.

Thank goodness my cat stopped doing this years ago.

This is really good information, My male cat has done this a couple of times outside the cat box and I have noticed its done more in the winter time for some reason. He is not an outside cat, but I'm thinking he is stressed because of not being able to explore through the opened windows. @tisonlyme143

This is great information

Our kitties are 16 and 13 and we haven't had any problems in this area.