One of the essential components of an attractive aquarium lies with its lighting system. The proper distribution of light is beneficial for the growth of plants and corals installed within the aquarium. It can also affect all the life forms and enhance the habitat housed by a sea container. 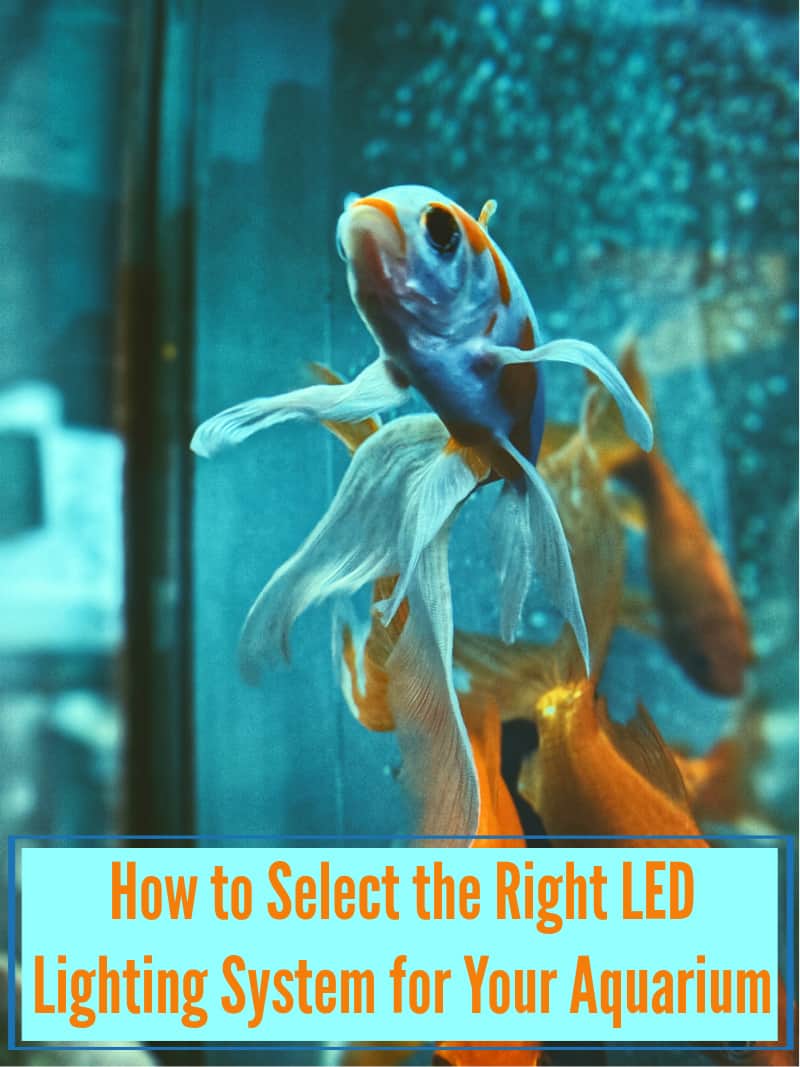 An Overview of Aquarium LED Lighting

Today’s LED lighting systems have grown a popular audience and usage over traditional or conventional aquarium lighting equipment. It has offered more positive trade-offs when it comes to cost-efficiency and power requirements. There are many variants of LED lighting systems to choose from that can be suitable for aquatic life demands found inside a fish tank.

Every aquarium hobbyist or fish tank enthusiast knows about the clear advantage of modern aquarium LED lighting. Anyone starting up and building their very first aquatic containers may find an excellent guide here about LED lighting systems and the benefits that come alongside its purchase. LED light systems have a different and unique approach to tank lighting due to its miniaturized design and fitting flexibilities.

LED light fixtures are considered a newcomer in the world of aquarium building, design, and maintenance. These systems utilize a collection of numerous LEDs, a common acronym for Light Emitting Diode. The LEDs emit and distribute light waves by processing called electroluminescence, the passing of energized and positively charged subatomic particles through a microchip made of semiconducting materials.

The electroluminescence light production method used by light-emitting diodes require less energy and are cheap and affordable to assemble and build. LED light fixtures use fewer amounts of power while being able to produce bright intensities of light waves throughout any area these systems are installed into. LEDs can be customized or assembled with other modular electronic parts that can change their colors or temperature. 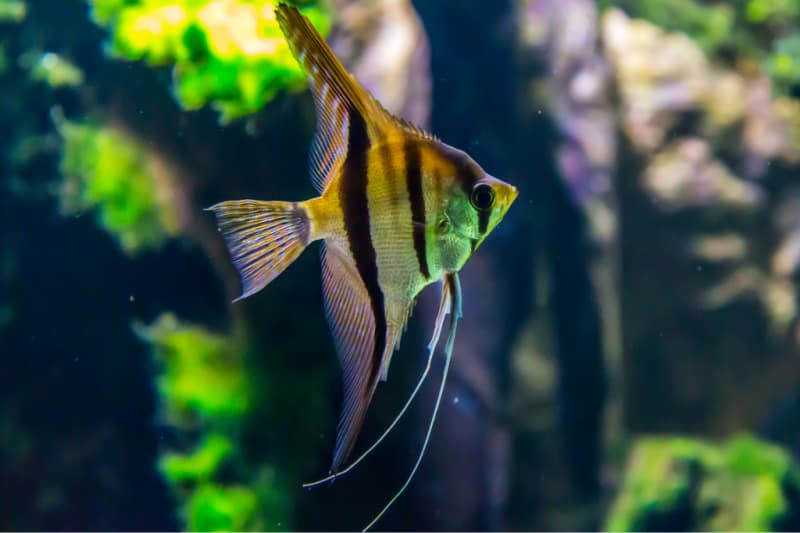 One of the crucial factors in selecting an appropriate LED lighting system to be installed with an aquarium is a term called PAR. The acronym PAR is short for Photosynthetically Active Radiation that can be emitted by specialized LEDs.

PAR designated LEDs can distribute an array of light waves based upon the range of the light spectrum, which photosynthetic organisms and life forms inside a fish tank can use while processing themselves for photosynthesis.

LED lighting systems are the modern form of aquarium lighting mostly preferred by an aquarium or fish tank hobbyists or enthusiasts.

LEDs can be customized to change light settings and become an aesthetic addition to an aquatic tank’s overall presentation. There are factors to consider when choosing the right LED fixtures for a marine container, and these are:

An aquarium’s size and dimensions may affect the choice of LED lighting systems suitable for it. Most LED manufacturers include a specification list and an LED light rating compared to a fish tank’s size. LEDs come in different variants that could distribute light and cover wide spaces without compromising light wave intensity. 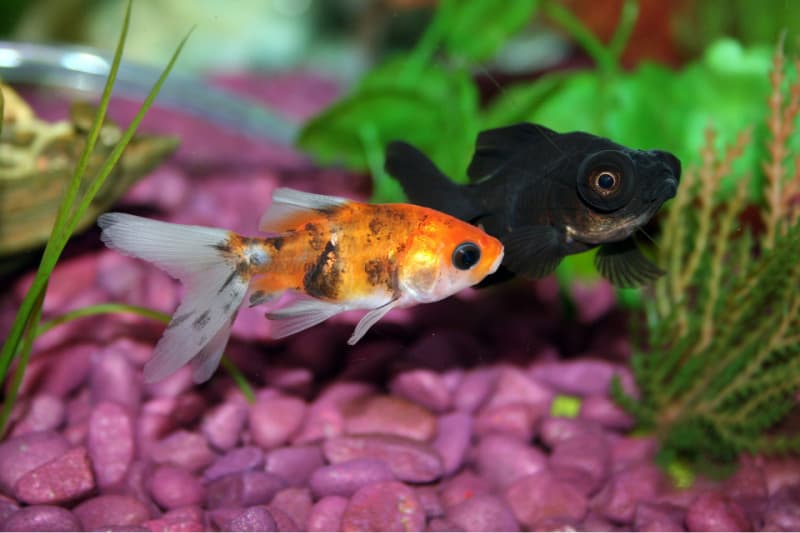 Different types of marine or aquatic life forms are commonly found living inside an aquarium’s simulated habitat. Every fish or plant form may require an assortment of lighting criteria that are beneficial for their growth and life span. Another factor to consider is the corals that live within a sea container since they provide shelter to most marine fishes.

A right control panel set-up choice is essential when it comes to LED lighting fixtures. It may determine the array of light manipulations an aquarium enthusiast may perform to customize or modify all the fish tank life forms’ lighting requirements. Advancements in electronics and technology have made possible the remote accessibility and control of LED lighting systems.

Several marine enthusiasts and hobbyists, and experienced individuals in the aquarium industry tend to own deep or large scale fish tanks. It is where the variable of light penetration comes into play. An LED lighting system’s light penetration capabilities are crucial to reach areas where regular light waves cannot pierce through.

When light waves penetrate through water and fluids’ surface tension, there is a considerable probability that the liquid medium absorbs the colors with lower wavelengths. Whenever any liquid like water absorbs these light waves, the temperature it has typically would increase in rate. It is why it is crucial to consider the temperature ratings of LED lighting systems that are appropriate to the fish tank a person owns.

LEDs are famous since they can be combined with modular electronics. LEDs are often used by marine enthusiasts and aquarium hobbyists to simulate the day and night cycle essential towards the growth of fishes and aquatic life forms found inside a fish tank. Lighting effects may help with the overall dramatic impact that an aquarium commonly displays. 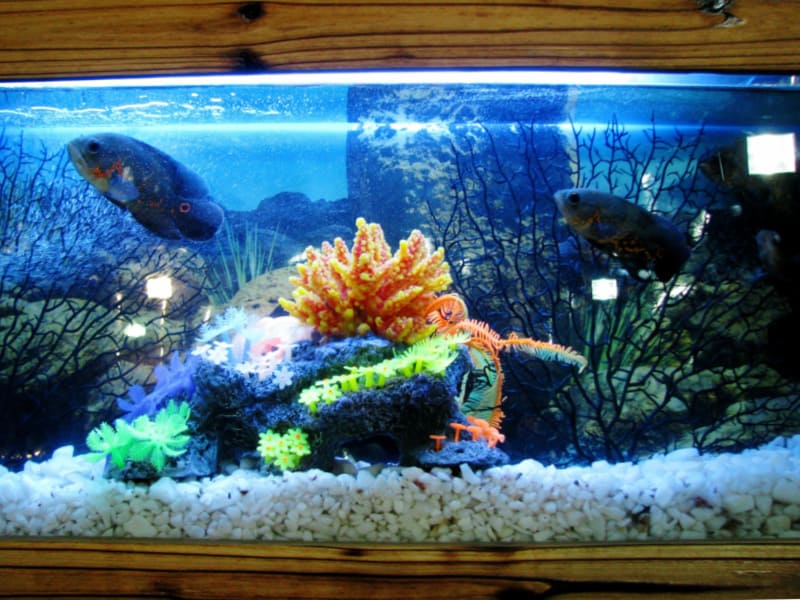 This was super informative to read I love having a fish tank they are so relaxing to watch and I love the fish.

[…] When the eggs hatch into larvae, it’s time to separate the larvae from the main tank into a different one. It can be a difficult task, but here is where you take advantage of the one thing that fish larvae are extremely attracted to: light! […]

This was really informative.

The last time I had an aquarium there was no such thing as LED lights. These are a great improvement.

Great Post. I used to have aquariums. Might get back into it in this time of Social distancing.