We wanted to talk to ya today about my pit bull friends. Did y’all know they have breed specific legislation (BSL) in places? Breed specific legislation, or BSL, is banning dogs on what kind of dog they are instead of their behavior. Even their humanz get discriminated against sometimes! Well, my humanz want them to know they don’t think it’s right and have joined in The Majority Project to show their support. You can add your 2 cents worth in too! I’m gonna let my Lady tell ya ’bout it. She’s always better at s’plainin’ than I am WOOF!

Here’s what my Lady says about The Majority Project

Working in the rescue field and volunteering at my local shelter, I can tell you I have seen many discriminations against the pit bull breed. It’s not pretty! It has went even further to discriminate against the human owners! I have seen families denied housing because they have a pit bull, or a dog that looks even looks like it may be a pit bull. Some towns have laws completely banning pit bulls.

The idea is for public safety, however, Breed Specific Legislation (BSL), will not help us achieve community safety. BSL has never been effective in reducing dog bites and enhancing public safety. It’s expensive, time consuming, and nearly impossible to enforce. Because of the negative sterotypes, and from the rescue and shelter side of things, these loving furbabies have a terrible time getting adopted and finding a furvever home. Actually, once in a shelter, these beautiful loving dogs are pretty much doomed. This is why we have joined the Majority Project and are adding our voice to the cause!

What is the Majority Project?

The Majority Project was created by Animal Farm Foundation, in an effort to challenge the negative stereotypes about “pit bull” dog owners. It is a photo collection illustrating how countless “pit bull” dog owners make valuable contributions to their communities and families every day. 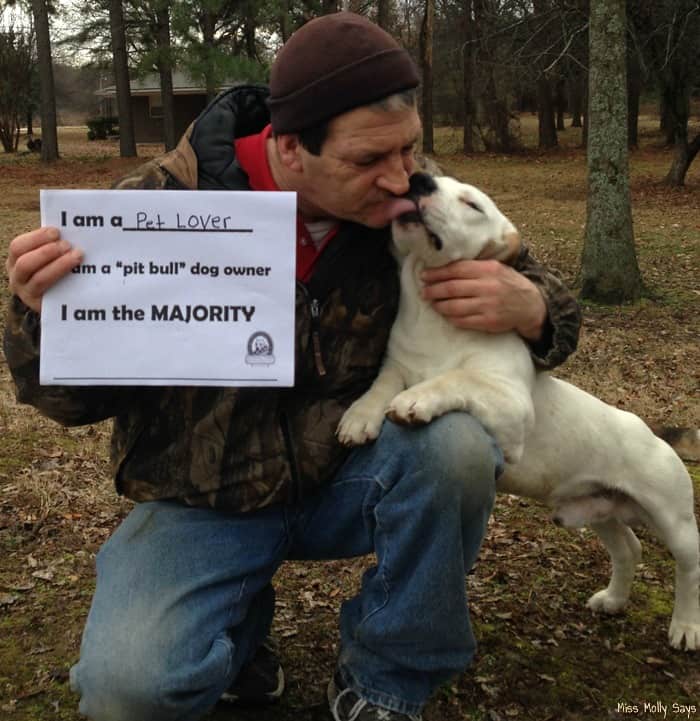 As you know, we have 7 loving furbabies of our own. We also have a couple of stray/foster dogs, one of which is Snoop Dog in the picture above. He is a pit bull mix. We don’t know his exact mix, but according to our vet, he is in the bully breed category. Does that make me a bad person for owning a pit bull mix? NO! Snoop Dog is a lover, not a fighter! He might lick you to death though!

Working in the rescue field and volunteering at my local shelter, I can tell you I have seen many discriminations against the pit bull breed. It’s not pretty! I have seen families denied housing because they have a pit bull, or a dog that looks even looks like it may be a pit bull. Some towns have laws banning pit bulls completely. Breed Specific Legislation, or BSL, is not the answer! It will not help us achieve community safety. BSL has never been effective in reducing dog bites and enhancing public safety. BSL is expensive, time consuming, and nearly impossible to enforce. 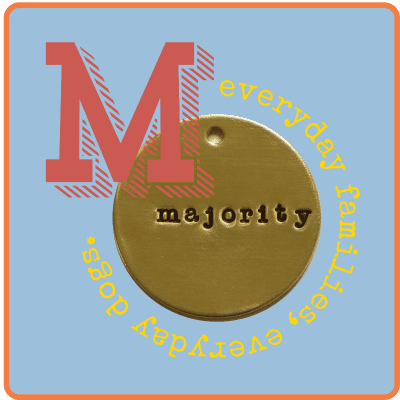 Pit bull dog owners are no different than other dog owners. The majority of them love and care for their pets in a responsible manner, which includes proper health and nutrition, training and and containment of their dogs. Their pit bulls are friendly, loving family pets. However, they face the discrimination daily. I  have been around long enough to have seen this same discrimination against the Rottweilers, Dobermans and even the beloved German Shepherd in the past!

Pit bulls have been given a bad rap through no fault of their own. We are all aware of the unsavory humans that have forced their pit bulls to fight and then neglected them in horrible ways. Then there are the reckless owners. Reckless owners are not associated with any particular breed or kind of dog. Reckless owners contribute to the problem by disregarding public safety and animal welfare. 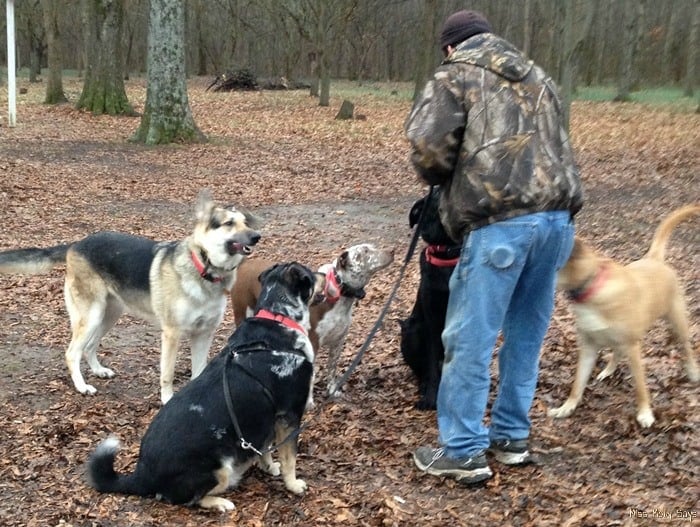 As you can see, we have oodles of dogs – this is only 5 of them! We have a German Shepherd, a Rottweiler and mixes of Shepherds, Rotties and Labs. Each has their own personality and I can honestly say, the pit bull mix has the sweetest personality of all of them! The point is – each dog is an individual.

If you noticed, Seager is wearing a leash. He is not a pit bull, but he is dog aggressive with strange dogs. When out and about, he has to be restrained. This is exactly what I am saying about being responsible dog owners. We know he aggressive and we take precautions. He is treated as an individual dog. The whole pack is not restrained because of one dogs actions.

Why join The Majority Project?

We believe that we can create safe communities by treating all dogs as individuals and empowering pet owners to be responsible. We believe the right way to tackle the issue is to create and enforce non-discriminatory Responsible Pet Ownership laws. We believe this is the most effective route to take in building safe, humane communities.

The Majority Project with Jon Bernthal from Animal Farm Foundation on Vimeo.

Join us in the Majority Project!

We would love for you to join us! You, and Pit bull dog owners, can join by visiting The Majority Project. Print out and personalize an “I am the MAJORITY” sign, then submit your photo with your dog. Some of the photos submitted will be chosen to appear in The Majority Project Public Service Announcement to help raise awareness for the cause.

Animal Farm Foundation is a not-for-profit corporation, which has been rescuing and re-homing animals, as well as making grants to other humane organizations, since the mid-1980’s. It is Animal Farm Foundation’s mission to secure equal treatment and opportunity for “pit bull” dogs.

Breed specific legislation is completely ridiculous. Glad to see that this project is out there!

I'm so grateful that there are others out there fighting BSL.

I think this is a fantastic project and such a great idea. To me different breeds are like different races of people.

I am joining, my pittie is named Abby Mae and she is a sweetheart!

This is a great foundation Myself ,my man, and our lil baby Nina our 5 month old Pit/mastiff/bully mix will be joining I have owned 3 pits the last two were reduced from being trained a "bait" for fights and all three r were and r the sweetest most loving dogs u will/would have ever met friendly with ppl of all ages specially children and animals and very protective of our family n kids. these types of foundations are great because they focus and educate on the good pit and pit mixed do and not the bad they show on the news which we all know is not their fault s they owners/abusers are the blame for that. I love all animals and dog breeds but I specially love pits and will continue to adopt them so I can know at least I am saving one At a time from becoming some sadistic person to hurt or worse.