With warm weather fast approaching, dogs will be spending more time outside. And while the outdoors is a great place for exercise, it’s also a prime spot for collecting ticks. Although removing ticks is simple enough, certain ticks can be more harmful than others, causing tick diseases in dogs that can be fatal.

Fortunately, dog owners can take preventive measures to ensure the safety and health of their pets. There are a number of topical products and tick collars available that aid in tick control in dogs. But these aren’t foolproof. That’s why checking dogs frequently for ticks and knowing the signs of a tick-infected dog are a must.

Below is a description of the most important tick-borne canine diseases, along with symptoms and treatment methods. 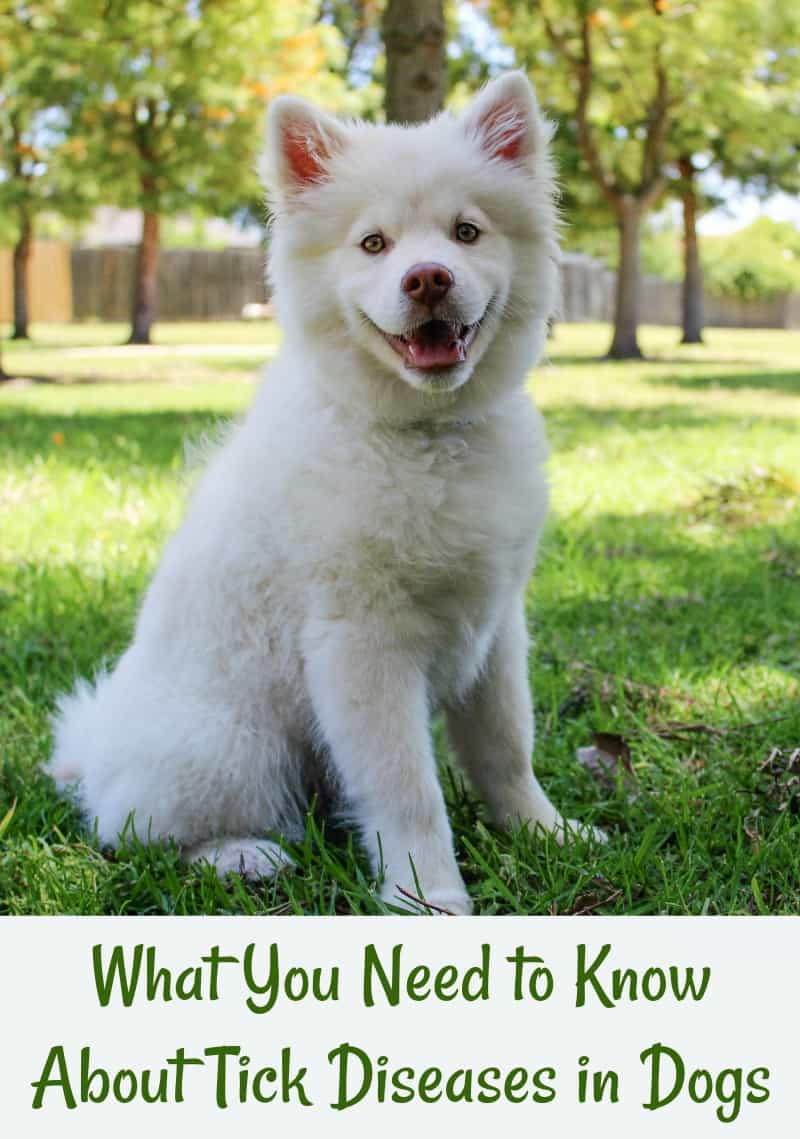 Canine Lyme disease is usually transmitted by the deer tick or black-legged tick. It is the most well known of the tick diseases in dogs. Signs of Lyme disease don’t normally show until several months after the dog is bitten, plus they can imitate other conditions, making this tick disease hard to detect.

Canine Lyme disease is treated with antibiotics. Luckily, Lyme disease in dogs is not usually fatal, although it can cause recurring symptoms and may require ongoing treatment.

Rocky Mountain Spotted Fever (RMSF) has a rapid onset, showing four or five days after the dog is bitten. The lone star tick, wood tick, and American dog tick are all culprits of this potentially serious canine disease, which lasts about two weeks. Symptoms can range from slight to fatal. And, since Rocky Mountain Spotted Fever can kill quickly, it’s important to treat this disease immediately.

The usual treatment for Rocky Mountain Spotted Fever is antibiotics and anti-inflammatory medication, however, a blood transfusion and critical care may be necessary in advanced cases. Unfortunately, some dogs don’t recover.

Canine ehrlichiosis affects both dogs and wolves around the world and is transmitted by the brown dog tick and lone star tick. This dog tick disease can have three phases. Many dogs fight off the infection of the acute or first phase. In the second or subclinical phase, bacteria can be present without symptoms for months or years. Dogs who progress to the chronic phase experience recurrences of the disease. Undiagnosed and untreated ehrlichiosis can be fatal.

Common signs of ehrlichiosis are:

Ehrlichiosis is treated with antibiotics, usually successfully, especially during the acute phase.

Canine anaplasmosis is also referred to as dog tick fever and is usually transmitted by the deer tick. It is one of the more recently recognized dog tick diseases and is troublesome because bacteria invade the white blood cells, resulting in a range of problems.

Common symptoms of anaplasmosis include:

Canine Babesiosis – Rare But Deadliest of the Tick-Borne Diseases

This dog tick disease is not common in the United States, however, dog owners should be aware of babesiosis due to its high death rate. Babesiosis is caused by tiny blood parasites that are transmitted from dog to dog, often by the brown dog tick. These parasites then live within the red blood cells of the affected dog.

Common signs of babesiosis are:

Antibiotics are usually prescribed for babesiosis, however regular monitoring is necessary as the dog may never be completely clear of this disease. Treatment is difficult if the disease has severely progressed.

Keeping a dog free of ticks is the best way to avoid tick-borne canine diseases. But when ticks bite, it’s important to remove them as quickly as possible and watch for signs of infection. Senior dogs may be especially vulnerable to tick-borne diseases, so they should be monitored even more closely.

If ever in doubt, call the vet. The quicker a dog owner reacts to a dog tick bite, the better the outcome for the dog.

I didn't know any of this about tick diseases. I will definitely be more careful.

Warm weather is tick weather! Thanks for the post.

Thanks for the info will come in handy

Yuck, picking ticks off a dog is not fun. Thanks for posting!

Ticks are scary creatures for their little size. I didn't know all the diseases they can give a dog.