When it comes to adopting a dog, it seems like puppies get most of the attention and focus, with adults coming in second place. You hardly ever hear about senior dogs. But seniors are actually just as great to adopt as younger dogs! They have a lot of life and love left to give, and for many people may be a better choice than a younger dog! Let’s take a look at the Benefits of Adopting a Senior Dog!

It’s important to note that not all dogs have the same life expectancy. While a St. Bernard may live to just be 8-10 years old, a Dachshund could live to be 17! However, vets, pet insurance, and adoption organizations tend to call all dogs that are 7+ years old “seniors.” For a 7-year old St. Bernard, that’d be accurate, but for a Dachshund, that couldn’t be more untrue! 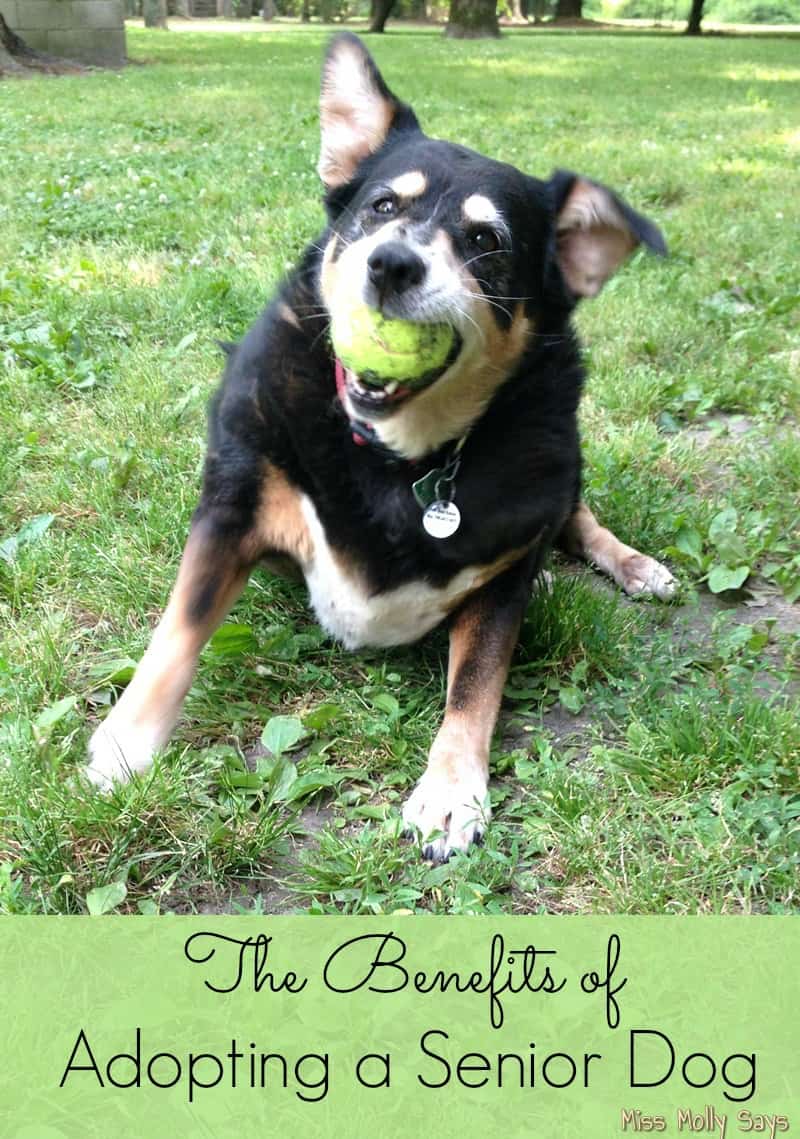 The Benefits of Adopting a Senior Dog

Many people think that senior dogs spend all day sleeping. That is hardly the case! While a senior may not be as spry as in her younger years, she’ll still enjoy long walks and fun games of fetch! In fact, many dogs stay active every day of their life up until their last week or so. But one of the benefits of adopting a senior dog is that seniors don’t have that frantic puppy energy, and so are much more manageable.

You likely have heard “You can’t teach an old dog new tricks.” That’s completely false! If anything, senior dogs may be easier to train than younger dogs because they’re more mellow and able to sit still and listen to commands. And if you’re worried about trainability because you think that senior dogs are abandoned due to bad habits, in many cases you’d be wrong. If a dog is abandoned as a senior, it usually means that something happened with their family, like their owner became too old to care for them or had to move and couldn’t bring them along. 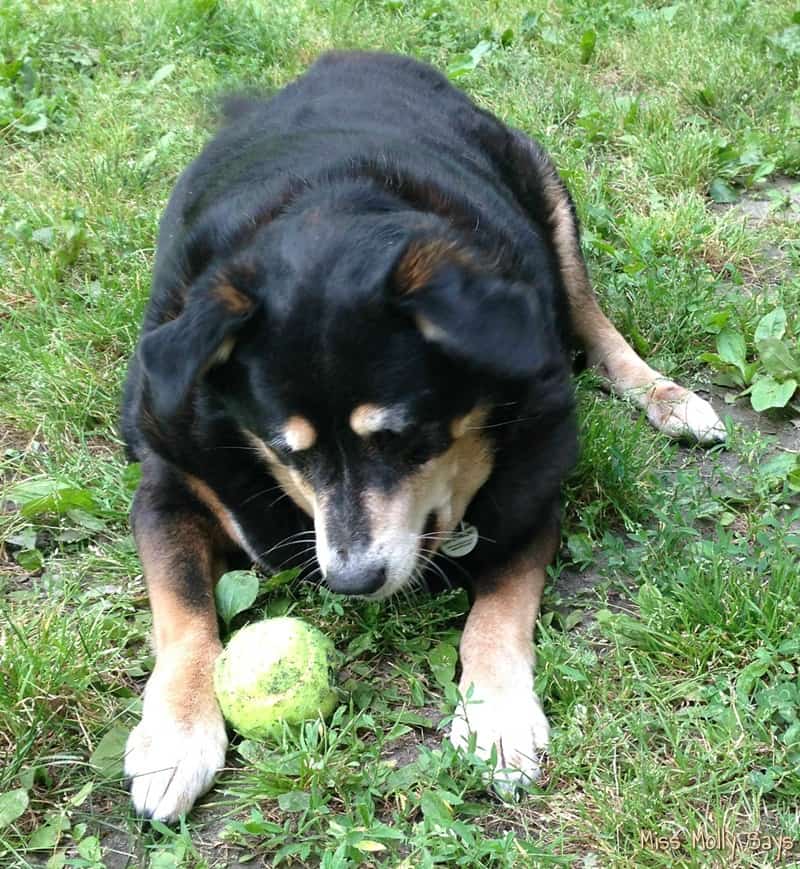 Sallie loves her ball and even talks to it!

One of the best benefits of adopting a senior dog is that their personality has mellowed out with time as well. If a senior dog is healthy, they won’t fall into that stereotype of the snappy, cantankerous old pooch. Instead, adopted senior dogs may be kinder in their old age than when they were younger. This may come from being grateful at finding a new forever home, or it could come from having lived a while and learned that most things aren’t worth snapping about. Because of this, many senior dogs make kind, caring companions for children or younger dogs.

With age comes experience. That’s why one of the great benefits of adopting a senior dog is that it comes with tons of knowledge already! Many senior dogs already know basic commands. They also know not to to chew and destroy things. On top of that, they understand that days have a schedule, and they can easily adapt to yours. Try getting all of that with a puppy!

Lastly, remember that when you adopt a dog of any age that you’re saving a life. This is especially true of senior dogs, who often get passed over for younger dogs. Too many seniors at pounds will run out of time and be euthanized, and too many at no-kill shelters will live out their lives in their cages. By taking one home, you’re giving a dog, whose only fault is age, a chance to live out the rest of their life happily with you!

Have you ever adopted a senior dog?

Senior dogs have a lot to offer. I had two Chows and a Chow Collie mix who all lived to at least 10 years of age, the Chow Collie mix having been picked up out of snow bank in the middle of winter by someone who couldn't keep her and gave her to us. My boy is now 8 (if the shelter was correct about his age when I adopted him) but he is a Chihuahua so he is more middle aged than senior and acts like a teenager. Thanks for posting.

Thank you!! I love seeing people advocate for senior dogs!

You are right, it is actually much easier to be with a Senior dog then a puppy. Need alot of energy to get a Puppy! I would adopt a Senior next time so she or he can have a lot of love in their final years. The energy level would match mine too low! Lol!

I prefer adopting older dogs. Thanks for sharing this great post.

I could certainly see a senior dog fitting into our lifestyle and being a good choice.