Bloat in dogs, also called Canine Gastric Dilatation-Volvulus, is second only to cancer as a killer of dogs. Bloat causes the stomach to swell with undigested food or gas and then, for reasons that are not fully understood, to rotate cutting off its own blood supply and making it impossible for either food or gas to exit.

Multiple veterinary websites warn, if a dog with bloat does not quickly get medical help, it can die in just a few hours. So, what are the risk factors, symptoms, treatment, and prevention of bloat in dogs? 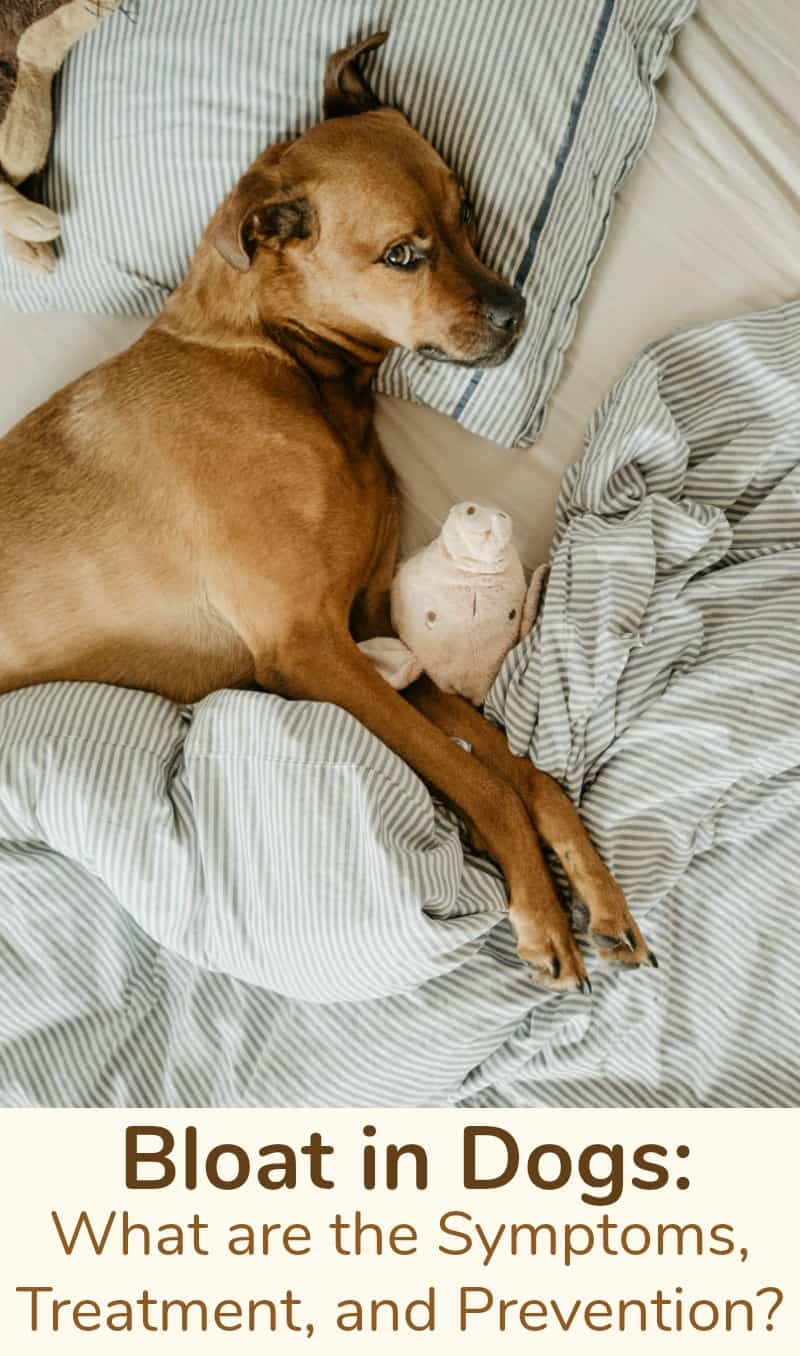 Risk Factors for Bloat in Dogs

In a study conducted by the Purdue University Research Group, large breeds were found to be at highest risk for bloat, especially those breeds that are deep chested such as Great Danes, St. Bernards and Greyhounds. However, any dog can develop bloat which can strike within minutes.

Because eating or drinking too quickly can put a dog at higher risk for canine bloat, dogs that are fed just once a day, and therefore tend to ‘wolf’ down their food, are more likely to develop bloat. Exercising heavily just after eating is another common cause of bloat in dogs. 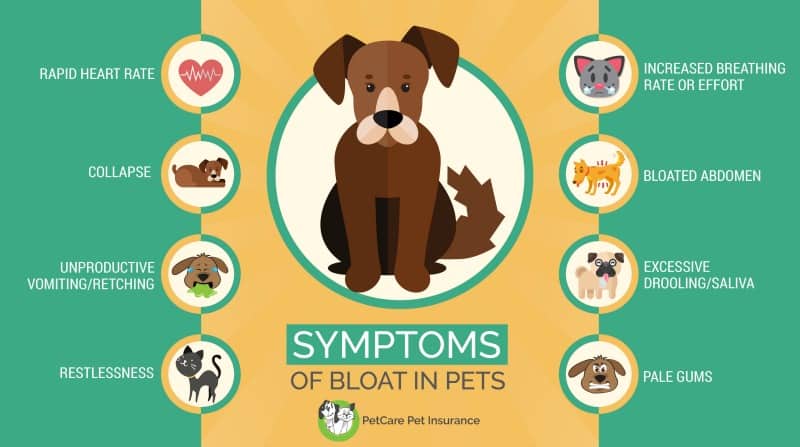 Symptoms of Stomach Bloat in Dogs

The most obvious symptom of bloat is the distention of the stomach around the rib area, but depending on the breed, this is not always easy to notice.

According to Canis Major, an online magazine for dog owners, dogs with boat also tend to vomit, but little comes up. Dogs with bloat tend to act as though they are in pain and may have a hunched up appearance. The gums in these dogs also typically become very pale due to the decrease in normal circulation.

Treatment for Dogs with Bloat

Decompression of the stomach using a stomach tube and pump are often the first line of treatment in the emergency room for dogs with bloat. If the stomach cannot be decompressed this way, surgery is usually the next option.

Dogs with bloat have frequently gone into shock because of the lack of normal blood flow to the heart and IV fluids will also be given to bring the dog out of shock. When the animal is stable, a veterinarian will perform surgery to untwist the stomach. A study at the School of Veterinary Medicine in Hanover, Germany found that, although some dogs may be treated with decompression alone, about a quarter of them will die. Even with surgery, only 71.5 percent go home in good condition.

Canis Major advises that, if the dog survives a bout with bloat, recovery can still be a lengthy process requiring a hospital stay of a week or more. 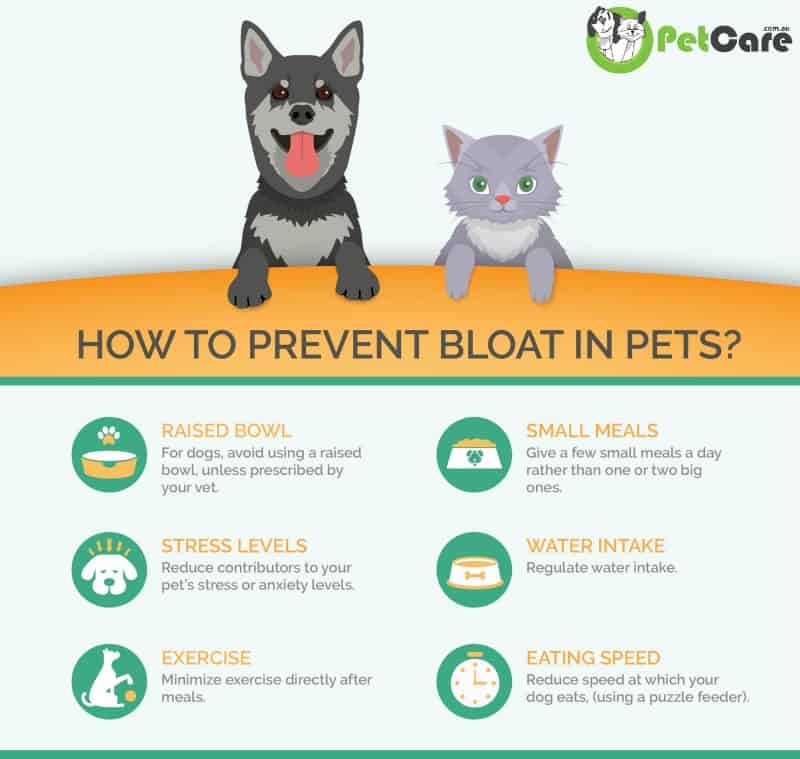 How to Prevent Bloat in Dogs

Owners of susceptible breeds should feed the dog two or three smaller meals a day to keep them from eating too fast. Exercise after a meal should also be limited.

It is also possible to perform a surgery for prevention of the problem, which is sometimes performed at the same time as a spay or neuter surgery in high-risk breeds or those with a family history of bloat.

The most important thing to remember in a suspected case of bloat is that quick action may save the animal’s life. If in doubt, call a veterinarian immediately.