The Afghan Hound is an ancient breed native to the Middle East and evidence of their existence has been found from Egypt to Afghanistan. They are sighthounds, which means they use their eyes more than their nose when they hunt – their original purpose in life – although they were also used for herding and as watchdogs.

Today, in addition to being an elegant show-dog, Afghans are still used for hunting, as well as racing and lure coursing (a speed event where dogs chase a mechanical lure). 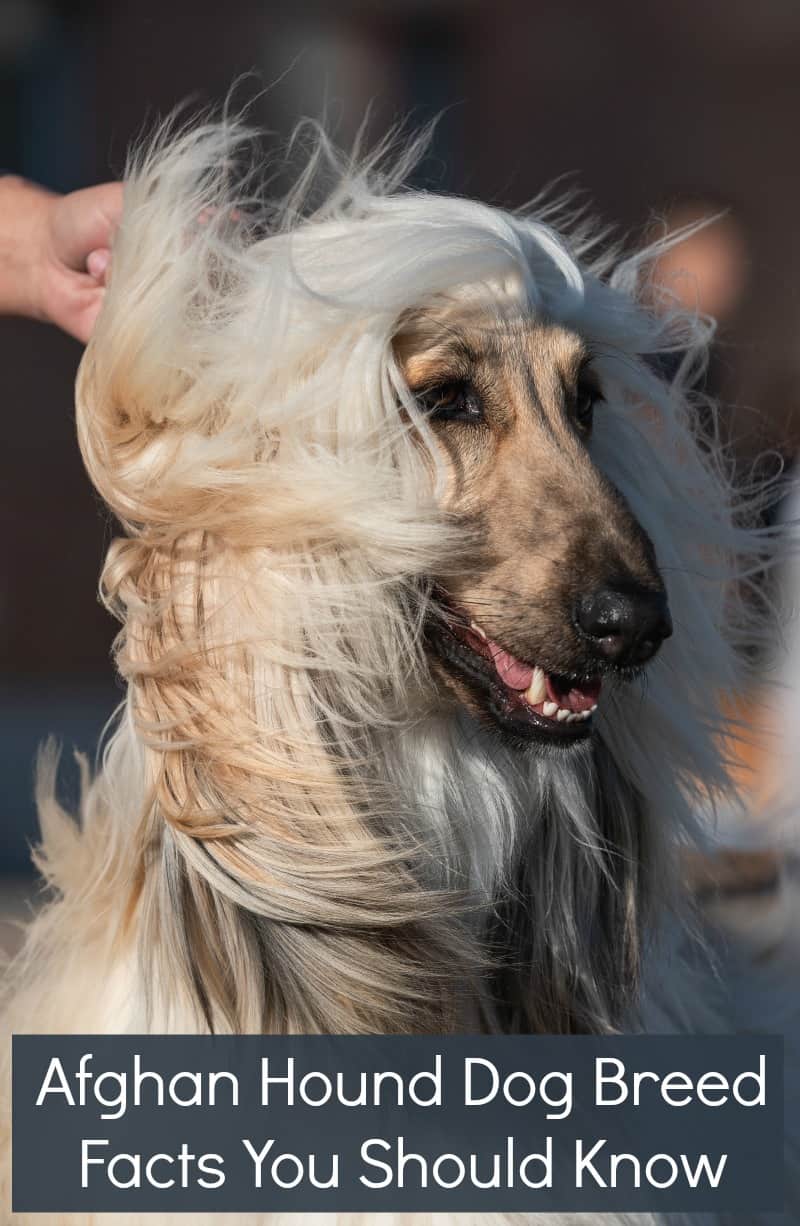 Afghans are a leggy dog, with long, silky fur, a long narrow head, and a curiously curled and rather naked tail. They are often the color of sand with the face generally darker, however, the overall color can be lighter or darker. In some lines (although white markings are discouraged in the breed standard) the face is light and the body dark. They have a dignified, serene appearance, almost aloof. They are from 27 to 29 inches in height and weigh from 60 to 65 pounds when fully grown.

Often described as the “king of dogs” Afghans seem to be aware of their place in the general scheme of things. They are suspicious of strangers but not generally aggressive. Some may be timid and high-strung, but in general, they are loyal, affectionate and sweet, high-spirited and happy. They must be properly and gently trained from a very early age or they may be disobedient.

Afghan Hounds are generally healthy, however, they have a low pain threshold.  Hip dysplasia does occur but is not prevalent. If you are considering lure coursing, you may need to keep an eye on joints, especially in a young dog that is still developing. In general, Afghans live for about 14 years.

These dogs have been bred for centuries to run, so an hour or so every day galloping in a wide open area PLUS a walk or two won’t slow them down. Be prepared to provide them with a big back yard or access to a large, secure field for their daily run. 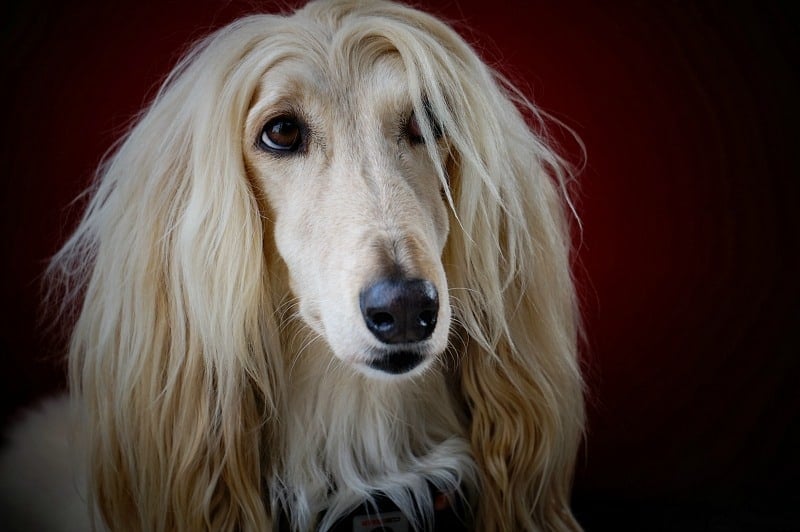 With all that fur you can expect to have an on-going battle with burrs and mats. The requirements for show dogs prohibit trimming, but the family pet might not mind. Regular baths of your Afghan Hound will help with the matting problem, but it’s discouraged in show dogs to protect the condition of the coat.

Ideally, Afghan Hounds are an indoor dog that needs a lot of space to run outside. They aren’t suited to apartment life. They are good with older, sensible children, but not recommended around smaller children. Although they are generally good with other animals, they may chase smaller animals, because, well, that’s what humans designed them to do.

Thanks for the article. I learned a lot.

I think afghans are the movie starlet of dogdom. They are so pretty.

This was very informative! Good to know if we adopt an Afghan in the future.

These are such gorgeous dogs! I didn't know they were bred to be such active dogs. If I had more room, I'd love to adopt one :)

I did not know these were hunting dogs. Thanks for the information :)