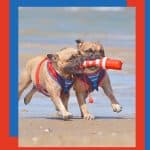 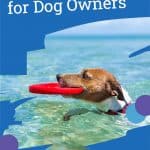 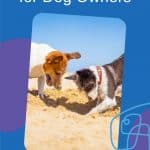 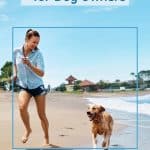 Many beaches remain closed completely to dogs. However, there are some that do permit dogs if owners follow the rules of beach etiquette for dog owners.

The primary observance is that owners must have control of their dogs at all times whether leashed or unleashed.

The best times to bring dogs to the beach are in the early morning and late evening, which are cooler times for the dogs.

It also encourages walking and running with dogs will not interfere with adults and children walking, playing, sunbathing, and swimming.

It is proper etiquette that dog owners come to the beach with whatever is necessary to keep the beach clean by picking up after their dogs.

Some beaches have strict rules for dog owners that should be followed.

At some beaches, dogs may run free in certain areas and at designated times.

It is interesting to note that many beaches follow regulations that prohibit dogs on the beach from sun-up to sun-down.

Various beaches have different laws, rules, and regulations that dog owners must acknowledge and follow to use the beach.

Avoid the Hottest Part of the Day

Dog owners should consider not bringing their pets to the beach during the hotter parts of the day.

This is so their dogs do not dehydrate and suffer from the intense summer heat.

Also, there are more people at the beach during those hours and dogs could create some issues.

This would not be the case if the dogs were brought earlier or later.

Another thing pet owners could do for health purposes is to make certain that their dogs wear flea and/or tick collars.

This will enable them to remain free of infestations that would infect other dogs or humans.

To Swim or Not to Swim

As a courtesy to swimmers and sun-bathers, some beach rules insist that dogs should not be permitted to swim in the sea or ocean during the times that humans are swimming.

These days such policies are considered more as common-sense etiquette.

However, many dog owners do not subscribe to them and there have been issues in the past.

Many beaches now have rules and regulations governing when dogs may be brought to the beach.

Humans Have the Right of Way

One rule is general at most beaches, that humans have “the right of way”.

Dog owners must recognize and acknowledge this fact. The use of proper etiquette enables dogs, owners, and beach-goers all to get along so everyone has a great time at the beach.

This is great to know and we love hanging at the beaches around here, shared. @tisonlyme143

This post was super informative and had a lot of great tips for dog owners. I so love taking the dogs to the beach they love it so much.

Fun time at the beach.