For many gardeners, animal lovers or not, cats can be just one of the many pests which have a negative impact upon the garden. Problems include but are not limited to fouling, the digging up of freshly planted borders and even, the eating of certain kinds of foliage. So, the question remains of how to deter cats from the garden? Let’s take a look at a few options. 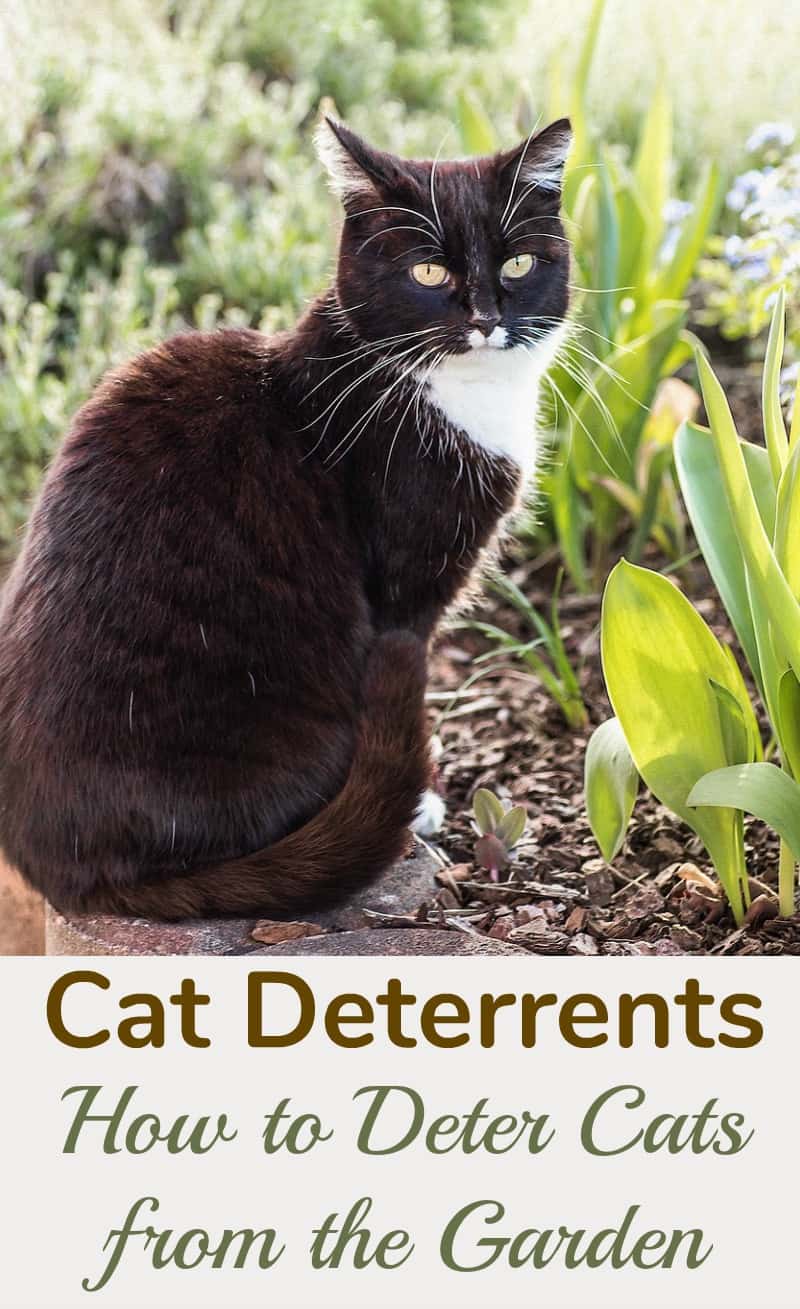 Deterring cats from the garden is a problem. Many traditional methods are simply “housewives tales” and don’t work. In addition, one must also consider the legal implications of dealing with, what are in effect household pets. In general terms, one will remain within the law by scaring, or attempting to deter a cat from a site. Resorting to methods of pest control such as poison and trapping, beyond being cruel and inhumane, is likely to result in legal implications, in extreme cases, this can even lead to a custodial sentence.

There are two elements to deter cats from the garden, the first method and by far the most preferable is to stop them arriving in the first place. This is largely done by avoiding the inclusion of sites which are attractive to cats, such as open areas of bare soil or features such as children’s sandpits. If cats have already arrived on a plot, then prevention is reliant on attempting to cover up the cat’s previous activities, in which the cat will have marked the territory.

Ground Cover – One of the most effective ways to stop cats from attacking a garden is to use ground covering plants. There are many suitable varieties available, Campanulas are a great variety as they are low growing, spread quickly and suitable for almost all soil types.

Lemon Juice – The use of lemon juice, has a two-fold methodology as to its effectiveness. In the first instance, cats are reported to have a dislike of citrus scents, thus making a site unattractive for a cat. In the second instance, if a cat has paid a previous visit, the scent will help to mask the cat’s previous activity trail. This is quite an effective method however, it can be a labor-intensive one as the effects are quickly offset by rain and watering.

Commercial Cat Repellents – There are a number of commercial products available which are designed to deter cats from the garden. These repellents often come in the form of a gel or powder and are designed to be used on a specific bed. Commercial preparations are often relatively expensive if a wide area of coverage is required. In addition, many preparations also have a bad smell associated with the product, thus detracting from the garden.

Electronic Devices – There are an array of electronic cat deterrents available on the market. Devices range from handheld “guns” which, are operated manually, to fixed position devises which are triggered by the motion of an animal. Electronic cat deterrents are designed to scare cats away by emitting a sound frequency which is disliked by cats, but inaudible to the human ear. Product reviews are mixed, as to how effective these devices are.