Where emotional support animals and plane travel are concerned, history seems to be repeating itself. For quite a while before ESAs got the same treatment, service animals were allowed onto planes for free, and with minimal restraint.

As emotional support animals started to become more common quite a few years ago, advocates started saying that since they were so integral to their owners’ lives, they should be allowed onto planes just like service animals were – no harnesses or crates, and no fees.

This eventually happened, and support animal owners were able to travel by air with their companions without the usual stress involved in transporting an animal by plane. 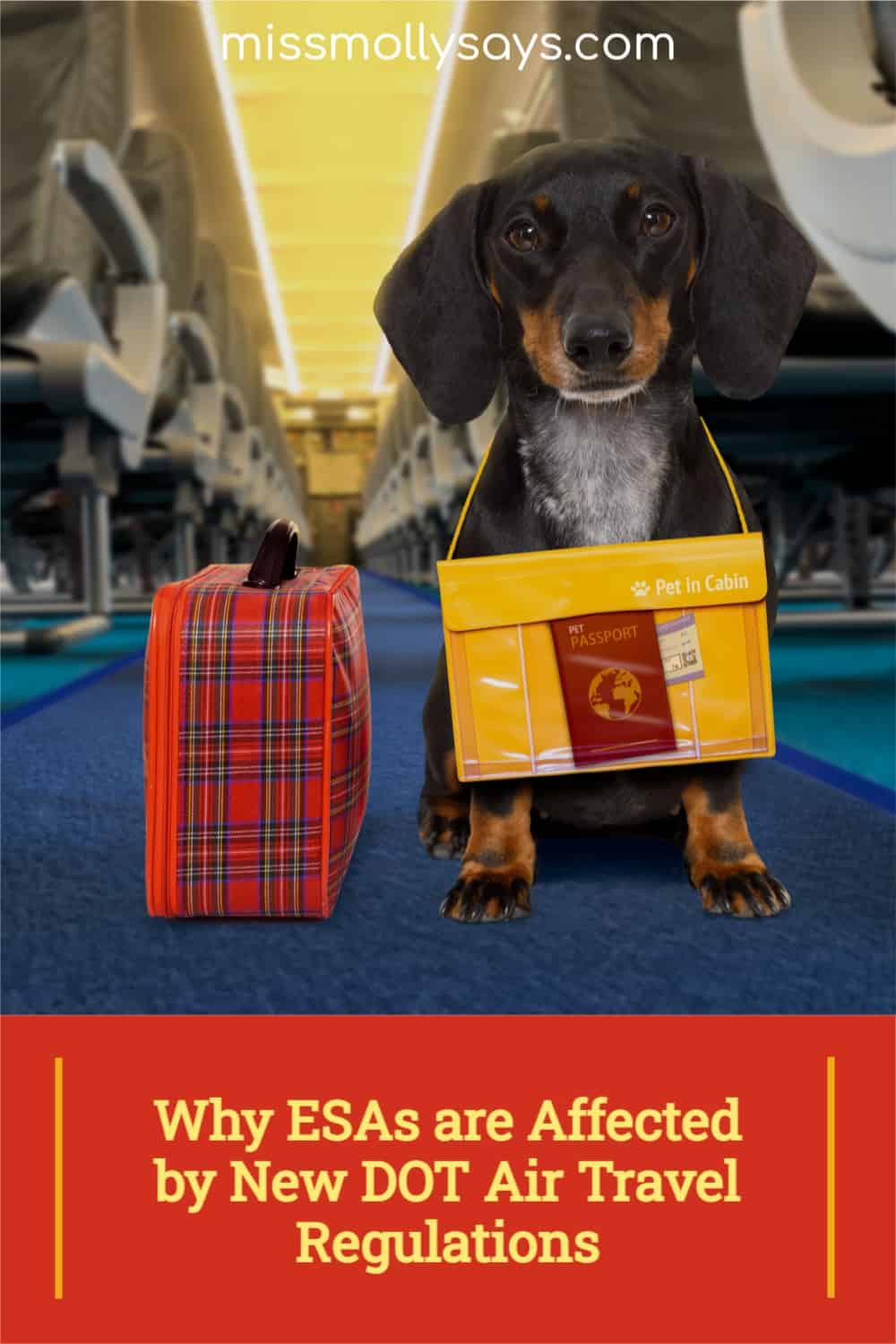 As of January 11, 2021, however, the regulations have changed once again regarding ESAs. Now airlines will be handling them just like ordinary pets, with the same fees and transport requirements.

According to the National Service Animal Registry, it really all boils down to how the Department of Transportation defines the term “service animal”.

This was a departure from the more generally accepted definition used by the ADA, which emphasizes that the animal has to have been trained for a specific function.

With the new regulations, the DOT has adopted a definition that’s very close to the ADA’s. 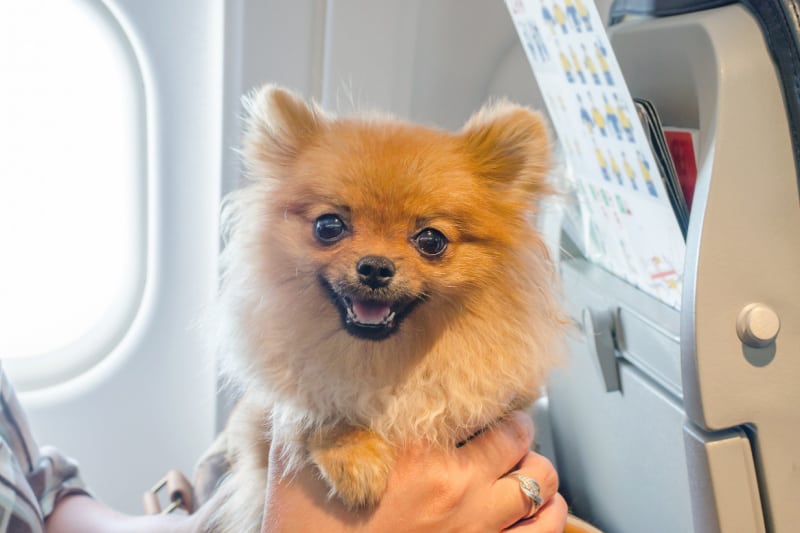 Looking at the technical aspect of things, the terminology of the new definition excludes ESAs because there’s no consistent training that these animals receive.

It’s completely up to the owner. Maybe they’ll be house-trained; they might learn to respond when someone’s clearly feeling sad; or they could even be taught how to disrupt a flashback episode.

Each animal gets as much training as they need to give the right kind of emotional support, and that’s all they need.

In most cases, there’s not much reason for an ESA to have specific or advanced training. Put one in an airplane, though, and the passengers might wish that the animal had learned how to handle itself in public.

Bring thousands of them onto planes every year…you can imagine why people started thinking of ESAs as problematic. 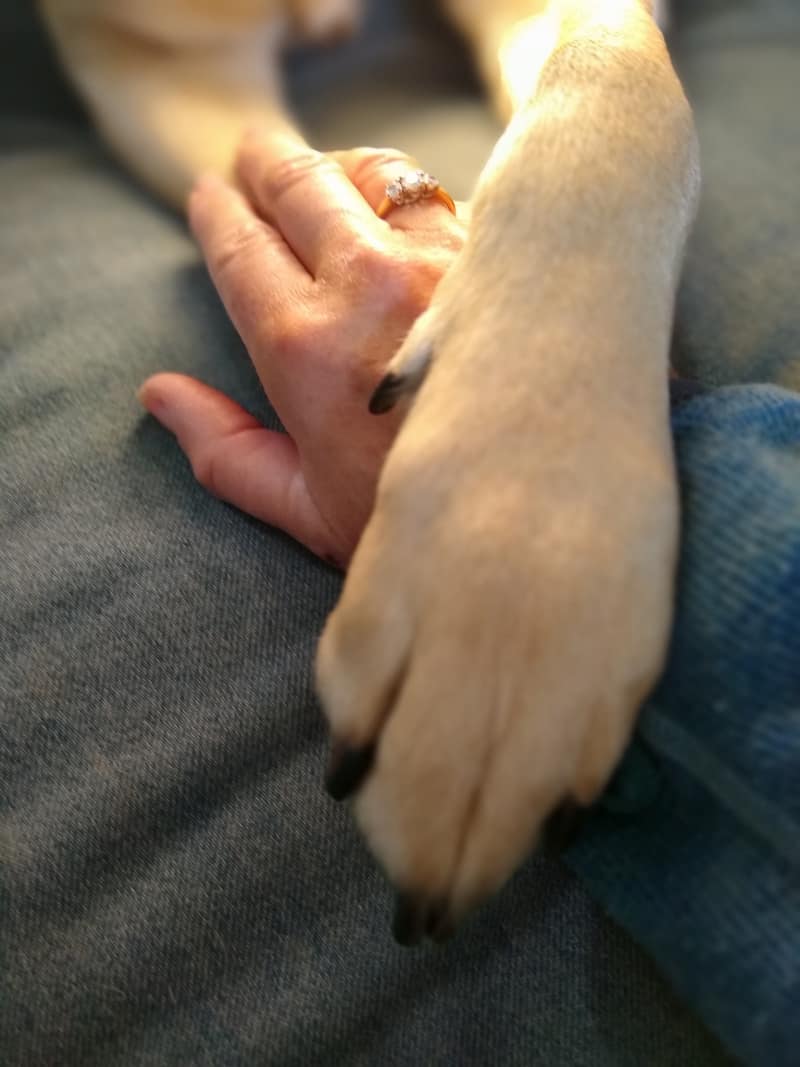 In contrast, service animals are typically trained for years before they’re certified; some owners even add extra training every year to make sure they’re at peak performance.

This is why service animals are allowed onto planes, and ESAs aren’t; it’s pretty much a given that if a dog knows enough to guide someone who’s blind or deaf through an airport, it’s learned how to relieve itself appropriately and respect personal space.

Even though things like aggression, excessive noise, and lack of general house-training are the main issues for ESAs, it isn’t exactly possible to verify whether or not an animal has really learned how to restrain itself.

There’s no consistent certification for that kind of thing, and airlines would have no way of confirming that the training had actually been effective.

The misbehavior itself wasn’t entirely what affected the overall public opinion of ESAs; it was also the kinds of animals that were being brought onto planes as support animals.

People would maybe remember some article about an untrained dog snapping at a flight attendant, but they’ll definitely remember a story about an emotional support monkey running through the plane cabin unchecked.

It was stories like this that got peoples’ attention. Pigs, turkeys, and miniature horses boarded planes just like dogs or cats, and it seems like plenty of them didn’t exactly keep their cool during the flight.

To be fair, it wasn’t entirely the ESA’s fault that there were so many animal-related incidents on planes. There’s no way to tell for sure, but a large percentage of these support animals were actually frauds.

Since the principal document an ESA needed to board a plane was just a psychiatrist’s letter identifying the animal as one that’s used for emotional support, it was fairly easy to fake – and that’s exactly what happened.

For a good bit less than the cost of a crate and the airport fees, pet owners could buy a convincing forged letter and walk their pet right onto the plane.

Just like with ESAs, pets aren’t necessarily trained, and there’s no telling how they’ll react inside a small space like a plane cabin. Predictably, many of them didn’t react well at all.

With the number of in-air incidents rising – and passenger confidence falling – airlines became increasingly vocal in their requests for the DOT to fix the problem.

In early 2020, the announcement was made online that the regulations for support animals and plane travel would be updated; underneath the announcement, about 15,000 people commented with opinions, complaints, and advice.

These comments were actually taken into consideration by the DOT during the process of changing the regulations, as well as input from airlines and advocacy groups.

By the end of the year the changes had been finalized, and by the beginning of 2021 they had taken effect. 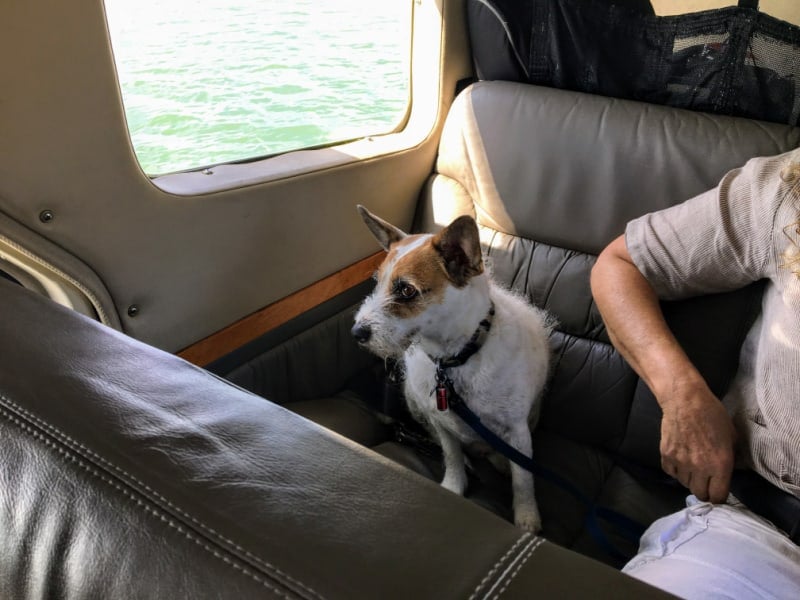 The new rules mainly affect ESAs, of course, but service animal owners will have to read up on some changes as well.

The regulations are now a little stricter concerning how to restrain the service animal, as well as how big they can be.

The DOT seems to have approached the new rules with a “can’t be too careful” attitude; while the ADA recognizes not only dogs, but also miniature horses as service animals, the DOT only includes dogs in their definition.

Some airlines actually haven’t stopped taking ESAs as service animals – not quite anyway.

If a ticket was bought before January 11 and the travel date is coming up in the next couple of months, the support animal might be allowed to accompany their owner onto the plane. It all depends on the airline, though.

Even if the behavioral issues were a genuine problem on planes, ESAs have a PR problem too. With some luck, who knows – time could turn things around.

Animal relationships are so important, and these are earth angels to me.

It's unfortunate that some people really took advantage and now other people have to pay the price.

Sad to see a few bad apples ruin it for everyone. Maybe they will reconsider at a later date.

I can see where overall it would not be a good idea for ESAs to be on planes.

I'm not surprised the regulation has changed. Too many people were bringing misbehaved pets onto planes just to avoid additional fees. It's sad for the pet owners who need their ESA pet, and can no longer keep them by their side during flights.