Have y’all ever heard that sayin’ – “you are what ya eat”? Well, it’s true in the dog world too! Good nutrition plays a big role in how we feel, look, and our overall well bein’. Nutrition problems in dogs has symptoms you can watch for. 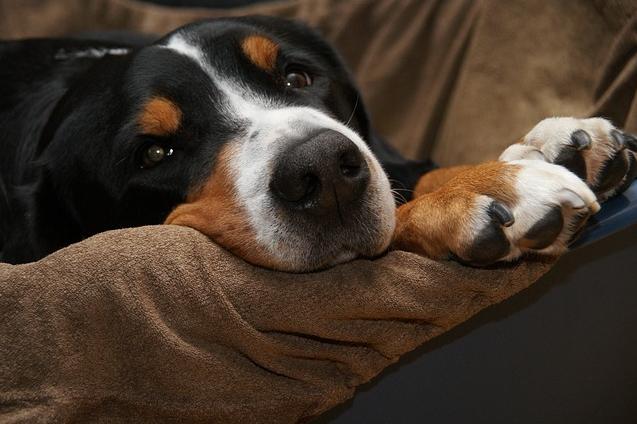 We have asked our friend Giulio Ferrari, a Certified Animal Nutritionist and Behaviorist, back to Miss Molly Says to talk with us some more about the importance of nutrition and some common nutrition problems in dogs. If y’all remember, he talked with us before about dog allergies and immune deficiencies.

Here’s what Guilio has to say about some nutrition problems in dogs:

As a clinical nutritionist, I get every kind of patient. From cancer cachexia to allergies, from dogs eating poop to hyperactive dogs. No matter what the symptoms might be, 99% of the cases can be directly traced back to nutrition problems. The interesting thing is, I’m usually a last resort for pet parents that have gone everywhere and tried everything. In all cases, no exceptions, after the treatment they all agree that had they tried my treatment first, it
would have saved them a lot of time, money and grief. Just imagine how much suffering it would have saved the dog!

How? Very simple. Let’s take cancer as an example. What causes cancer in dogs? In my my article “Cancer, the Man Made Killer”, I analyze in depth the carcinogens in pet food. To sum it up, dyes, which are only added to low cost pet foods to please the HUMAN eyes, since dogs can’t see color, are one major villain. BHA, a preservative commonly used in grocery store brands of dog kibble, is banned in most of Europe due to its cancerous properties. Many other chemicals in dog foods can be linked to cancer. In my more than a decade of practice, I have never seen a patient with cancer that had been on a good diet their whole life!

Dogs do not have the inherent genetic predisposition to having epilepsy. A human baby can be born with epilepsy, a dog can’t. The word epilepsy itself means “without know cause”. 90% of seizures in dogs are caused by a lack of minerals, usually manganese and magnesium. The other 10% are due to trauma, if you were wondering. Dogs don’t get enough bioavailable minerals in regular kibble. Several vets that I work with have been able to take our patients off of phenobarbital just with my mineral supplementation.

Probably 80% of the patients that walk into my clinic daily do so due to allergies. Putting them on a grain free, low glycemic diet, supplementing with probiotics and boosting their immune system usually does the trick (read my article “Allergies, an Immune Deficiency” for an indepth look at allergy diets).

Pica is the name given to the disorder that causes dogs (and humans) to eat largely nonnutritive substances such as sheetrock, plastics, paper and rocks, amongst others. It is caused mainly by lack of certain nutrients such as fatty acids calcium and other minerals.

Eating stools is bothersome and, well, quite disgusting. Vets usually treat it by adding a medication that will make it taste bitter, but that doesn’t solve the problem. It can actually worsen the issues. Dogs will eat their poop if they are lacking probiotics, which leads to a low absorption of protein and other nutrients.

One of the biggest misconceptions in the dog world is that dogs eat grass when their stomachs are sick, in order to vomit. They do vomit alright, but what caused them to go for the grass is a prebiotic deficiency, which can also lead to the probiotic deficiency stated above. A prebiotic supplementation, usually accompanied by a probiotic, will eliminate that necessity.

The list can go on and on. Rarely is there something that can’t be fixed or wasn’t preventable with good nutrition. If you have any questions, you can email Giulio at [email protected] Tell him Miss Molly Says sent ya over!

Giulio Ferrari at 23 became the youngest Marketing Director for a multinational franchise company, and later the Chief Marketing Officer of a national pet franchise. He majored from two universities in his native Brazil and has since been devoted to Animal Wellness since 2000. Giulio is a Certified Animal Nutritionist and Behaviorist, as well as a Master of Marketing. He is a published author, with literally hundreds of small animal nutrition courses under his belt, including a Certification in Raw Diets from New Zealand. He recently became a member of the National Coalition for Food and Agricultural Research and is an avid proponent of organic feeding. Mr. Ferrari is part of a raw feeding research group that has as it’s goal to prove the benefits of the “ancestral alfa diet”. He is also the International Director of Veterinary Product Development for PawMedX, the veterinary branch of a human pharmaceutical company that is now relying on his experience to develop a whole new line of veterinary supplements. Giulio also dedicates a lot of his time to worthy causes, he is the chairman of the board of the Pet Therapy and Cancer Institute and sits on the board of many 501(c)3’s such as Shop Local Help Local. He’s been the lucky husband of Carol for the past 10 years, and proud father to Enzo , Matteo and Giulia.

Bein’ a furbaby, I’m not sure what a lot of that means. After all, we eat what my Lady gives us! It’s up to you human folks to make sure we eat good nutritious food. We’re like kids in that we would be eatin’ all the “bad for us” stuff Woof! 🙂 Another thing is, we can’t tell ya what is wrong with us, but if ya watch for some of these signs of nutrition problems in dogs our friend was a talkin’ about, it might help ya to figure out what’s goin’ on with us.

Woof! All this talk about food has got me a mite hungry! I’m think’n of mosey’n on over to the food bowl and get me bite to eat 🙂

I am a new dog owner & trying to learn whats best as quickly as possible, so thanks for your posts...very informative!

Very interesting article! Now that I think about it, since I've been giving my dog a probotic, he doesn't eat grass anymore!

Thank you for sharing this information, I have seen the grass eating before but not any of the others in dogs.

I found this post very informative. I had no idea that there were so many disorders/illnesses that could be caused by diet/nutrition, nutrition is obviously very important in for a dog's health.

This is very interesting. My dog eats grass often. I'm going to have a to try out the supplement! Thanks!