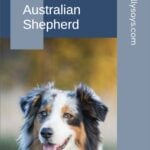 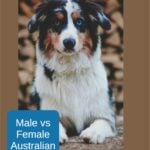 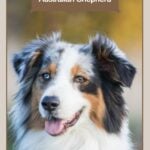 When it comes to adopting an Aussie, many people ask the question, “Which should I choose: a male or a female Australian Shepherd?”

Here are some tips to help you make the best decision when it comes to choosing between a male and female Australian Shepherd.

Both male and female Australian Shepherds are some of the most beloved canine companions around.

These intelligent, loyal dogs have lots of personality and make great family pets.

Family Life with an Australian Shepherd

Aussie owners will all agree that your house will be accessorized with fur!

Australian Shepherds have a double coat and shed twice a year for six months at a time!

This means that you’ll need to brush them regularly to keep their coats looking healthy and shiny.

You will also need to be well acquainted with and have a consistent vacuuming schedule for your home!

Another fun fact is that Aussies can’t help but herd you when you walk or run. While it is a fun trait, it is something to consider if you have very small children in the home.

When it comes to choosing between a male and female Australian Shepherd, there are some differences that you should consider.

Our very own Seager was a wonderful addition to the family!

He was smart as a whip, extremely loving, and took care of all of us!

He passed away at the age of 10 from cancer. We still miss his very large presence in our lives!

The first thing to consider is the physical difference in size between males and females.

The average size of male Aussies is generally larger than their female counterparts.

Males typically weigh between 40–60 pounds compared to females which weigh around 35–50 pounds.

While not alw ays the case, it can be used as a guide when deciding which sex will be a better fit for your family lifestyle.

Another important factor to consider is temperament differences between male and female Australian Shepherds.

Generally speaking, male Aussies tend to be more independent-minded and assertive in comparison to females. Females are often softer and more affectionate animals.

For this reason, some people believe that males might be better suited for households with older children. And, females would be a better fit with younger children due to their calm nature.

Male Australian Shepherds tend to be more affectionate and exuberant throughout life, often forming strong attachments to their people.

They are also known for being steadfast, reliable, and less moody than females.

Additionally, they tend to be more food motivated than the females, making them great companions for those who love to treat their furry friends.

They thrive in active households where they can get plenty of exercise and mental stimulation.

With proper training and socialization from an early age, these dogs can become well-mannered members of the family that will bring joy to all who meet them!

The Female Australian Shepherd is a beautiful and intelligent breed of dog.

They are smaller than their male counterparts and their coats are not as thick or long as the males.

However, they still have beautiful coats that come in many colors.

Female Aussie shepherds are said to be more sensitive and laid back than males, making them easier to handle.

They can make great companions for those looking for an intelligent and loyal pet.

With proper training and socialization, female Australian Shepherds can become well-mannered members of the family who love to please their owners.

Behavioral Differences in Males vs Females

In addition to being more affectionate, male Aussies are also more reliable than females.

They are less likely to wander off or get distracted by other animals or people.

This makes them ideal companions for activities such as agility training or herding livestock.

Male Aussies also tend to be more protective of their family members, making them great guard dogs as well as loyal companions.

Territorial behavior is a common trait among many animals, including humans.

It is a natural instinct that helps protect their space and resources from other animals or people.

Territorial behavior can be seen in both male and female Aussie Shepherds, although there are some differences between the two genders.

Herding Instinct of the Australian Shepherd

The herding instinct is a strong trait in Australian Shepherds. It is one of the reasons why they make such great working dogs.

Both male and female Aussie shepherds have this instinct, but males tend to be more assertive when it comes to herding livestock.

They are also more independent-minded and less likely to follow commands from their owners.

Females, on the other hand, are more likely to follow commands and are often seen as more obedient.

They also tend to be less aggressive when it comes to herding, making them better suited for activities such as agility training or search and rescue.

When it comes to training requirements, there isn’t much difference between the sexes.

Both are quick learners but both require commitment from their owners when it comes time to learn new commands or tricks.

That said, depending on the temperament differences noted above, some people find male Aussie puppies easier to train.

They tend naturally gravitate towards pleasing their masters more so than their female counterparts do.

Males also tend to have higher energy levels than females and require slightly more physical activity such as walks or other exercise activities that may increase their obedience skills overall.

Despite the differences between male and female Australian Shepherds, there are also many similarities.

Both sexes of this breed are highly intelligent and loyal animals that make great family pets.

They both require a lot of attention and love from their owners in order to thrive, as well as regular exercise, mental stimulation, and training to keep them healthy and happy.

Both male and female Australian Shepherds are generally healthy dogs.

Their average life expectancy is 12 to 15 years. As with any dog, some can have a longer life span than others depending regardless of their sex.

Male Australian Shepherds can be more prone to certain health conditions than females. As an example, male Aussies have a high rate of testicular cancer and prostate issues.

To reduce the risk of these health conditions, neutering a male Australian Shepherd when they are a puppy is recommended.

When debating whether the male vs female Australian Shepherd is right for you, keep all of these factors in mind.

All of these factors will vary depending on your individual lifestyle and personal preference.

If this will be a second dog in your household, you may also want to research whether a male or female will be a better fit.